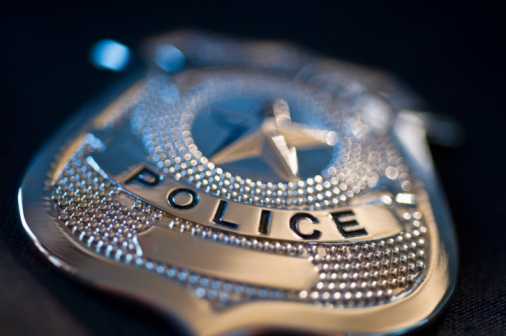 Per their website: “The Council on Criminal Justice (the “Council”) advances understanding of the criminal justice policy choices facing the nation and builds consensus for solutions that enhance safety and justice for all. Independent and nonpartisan, the Council is an invitational membership organization and think tank, serving as a center of gravity and incubator of policy and leadership for the criminal justice field.”

Disclosure: I worked with Adam Gelb, President and CEO of the Council, and Laurie O. Robinson Chair, Board of Directors. Both have long and distinguished histories of advancing causes within the justice system.

Ms. Robinson was the Assistant Attorney General for the Office of Justice Programs for the US Department of Justice. Her creation of Crime Solutions.Gov was possibly “the” most innovative national effort to advance evidence-based anti-crime practices. Adam was the Director of the Public Safety Performance Project for the Pew Charitable Trusts.

For example, the Council’s presentation on crime doesn’t offer US Department of Justice, Bureau of Justice Statistics data stating that violence increased 28 percent since 2015 and related data on fear of crime plus additional research indicating huge increases in homicides and other categories of violent crime in 2020 and 2021. See US Crime Rates for comparison data.

While the number of sworn police officers has increased by 26% since 1987, that expansion has not kept pace with the growth of the general population. As a result, there were 11.5% fewer officers per capita in 2016 than there were in 1987.

Spending on police nearly tripled (increasing by 168%) between 1977 and 2018, when adjusted for inflation. Per capita spending on police also grew during this period, but at a lower level, close to doubling (83% higher in 2018 than in 1977).

However, spending on law enforcement accounts for a small share of total state and local government expenditures, and that portion has remained virtually unchanged over the past four decades, hovering at around 3.7%.

The most recent dataset that reports contacts by race and ethnicity of respondent is from 2015. These data indicate that in 2015, a large majority of contacts that police initiated with the public were related to traffic stops. Black drivers were more likely to be pulled over by police than White drivers, and Hispanic drivers were less likely. The rate of Black pedestrians stopped by police was 1.7 times greater than the rate for White pedestrians.

White people were much more likely to initiate contact with police than were people of other races and ethnicities, and this difference has grown over time.

Because traffic accidents do not fall neatly into a “police-initiated” or “public-initiated” category, they are analyzed separately. There was little change in the rate at which members of the public and officers came into contact because of a traffic accident. Rates of traffic accidents were lower for Hispanic people, but similar among people who identify as White, Black, and of other races.

Over the past 20 years, racial disparity in homicide victimization rates has been relatively stable, at six times greater for Black people than White people.

Black people are slightly more likely to report experiencing a crime than members of other racial groups, particularly with regard to violent offenses. From 1995 to 2019, 51% of victims who were Black reported their violent person crimes to the police compared to 44% of White victims and 47% of Hispanic victims.

Arrest rates have declined in recent years, particularly for public order offenses. However, those declines are largely explained by dramatic reductions in arrest rates for Black people.

Racial disparities in arrest rates have narrowed across crime types over time, although Black people remain far more likely to be arrested for violent and drug offenses than White people.

Clearance rates have remained consistent for the past three decades and across crime categories. However, homicide clearance rates—a subset of violent crimes—dropped by 11 percentage points (or by 16.5%) between 1987 and 2018.

An examination of all five data sources on police-involved homicides indicates no clear aggregate trend over the past five years. However, the estimated number of civilians killed in incidents that directly involve the police averages between 1,000 and 1,100 per year.

From 2013 to 2019, trends in the number of people killed by police by type of location and race depict a clear pattern of decline for all races and ethnicities in urban areas, with a sizeable (24%) drop for Black people in urban areas (from 143 to 109).

During this same period, the number of Hispanic people killed by police in suburban areas increased by over a third (34%), from 75 to 114. In rural areas, killings of White people rose 34%, marking the largest increase among racial groups.

By far the most common means of death is by firearm, followed by motor vehicle (e.g, vehicle crashes and pedestrian fatalities by motor vehicle). Death by asphyxiation, which would include police use of chokeholds and other methods to subdue people by neck restraint or compression, represents a very small share of all fatalities and one that has decreased over time.

Over the past three decades, the number of law enforcement officers feloniously killed declined from 74 in 1987 to 48 in 2018 and the rate of officers who were feloniously killed followed a similar downward trend, roughly halving over the same time period.

In a survey taken in the weeks after the police killing of George Floyd, a majority of Black respondents (62%) were either very or somewhat confident that police would treat them with courtesy and respect. That is 29 percentage points lower than White respondents and 16 points lower than Hispanic respondents. Black people are much less likely to express that they are “very confident” that they will be treated respectfully.

The Council takes complicated research and distills findings to their essential elements. Their presentation is user-friendly. Time will tell if they embrace nonpartisanship.

Unfortunately, ninety percent (more?) of justice-related publications exhibit a clear political bias. Left of center advocates control the overwhelming number of national publications (and media) addressing justice issues. I read their material daily and it’s an echo chamber; you know what they are going to say as you open their material.

Beyond US Department of Justice and “some” criminological literature, most of what you read tilts strongly left (or right for some police-prosecution-corrections publications). Change in the justice system seems unreachable because we discount sources based on their perceived bias.

Axios and endless additional media analysts cite a perceived bias and lack of confidence in today’s media. Every day brings more articles of media cutbacks and loss of jobs. People don’t read what they don’t believe.

The system I encountered at age 18 as a police cadet remains essentially the same institution today. The lack of clear, unbiased research is a primary reason for our inability to move forward.

It’s my fervent hope that the Council on Criminal Justice embraces nonpartisanship because, without it, progress disappears. We don’t need more of the same.