Villagomez has a lengthy criminal history with 22 convictions, including three felonies. 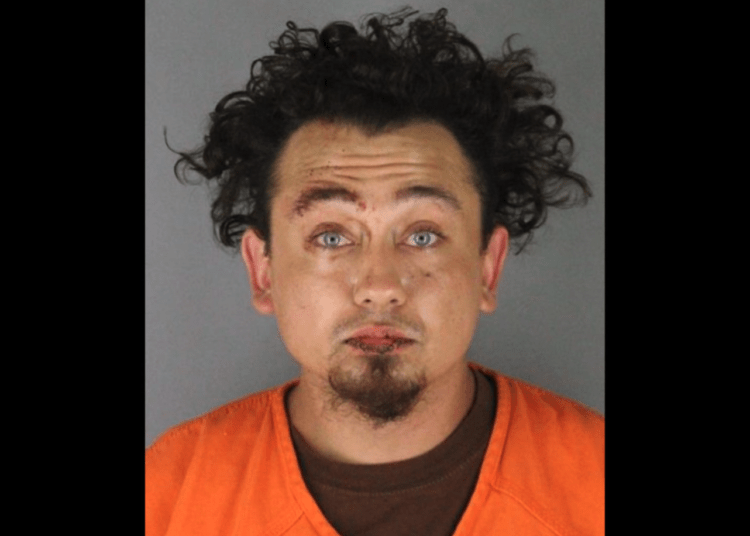 MINNEAPOLIS – A multi-time felon who was recently granted multiple stayed sentences, including on two violent crime cases, has now been charged in a home invasion in Northeast Minneapolis.

Gordon Roy Villagomez, 33, of Blaine, was charged Wednesday with one felony count of first-degree burglary of an occupied dwelling.

Minneapolis police responded just after 11 p.m. Monday on a report of a burglary of an occupied dwelling on the 2700 block of Buchanan Street Northeast. The dispatcher aired that a burglary of a residence was in progress and said someone was trying to break into the house, according to dispatch audio at the time.

.
Report of burglary of occupied dwelling. Suspect is now possibly detained by the resident, but is bleeding after breaking in.
27xx Buchanan St NE

Police arrived within a few minutes and requested EMS responders to the scene. A short time later, another EMS rig was requested for one of the victims who was reportedly injured by glass, according to dispatch audio.

The criminal complaint says a female occupant was sitting in the living room when she heard banging on the external glass door to the three-season porch.

The complaint states the female resident was extremely upset and was concerned for her life when she saw the suspect breaking into the home.

When police arrived, they found the suspect being detained by a male in the home.

The victims in the home told police they did not know Villagomez.

Villagomez was transported to the hospital for treatment of his injuries, which were said to be “pretty significant lacerations” to the forearms from broken glass, according to further dispatch audio.

Villagomez made his first court appearance on Thursday and was granted a public defender. Villagomez remained in custody Friday evening on a $3,000 conditional release cash bail amount. His next hearing in the case is scheduled for Aug. 22.

Villagomez has a lengthy criminal history with 22 convictions, including three felonies. According to court records, Villagomez received stays of imposition in two separate felony cases in Anoka County in May 2022, including third-degree assault and domestic assault by strangulation; both are violent crimes.

Judge Kristin C. Larson placed Villagomez on supervised probation in the two felony cases with no time to serve.

Villagomez was also in Hennepin County Court on July 8 when he was convicted on a gross misdemeanor count of violating a domestic abuse no contact order (DANCO).

Villagomez received a sentence of 365 days in jail on that conviction. However, Judge Edward Thomas Wahl stayed the sentence and ordered Villagomez to serve zero time. Villagomez was again placed on probation.

Villagomez’s other convictions include felony fleeing police, which was also stayed in Anoka County Court in 2021, two recent convictions on misdemeanor domestic abuse-violate an order for protection, damage to property, several DWIs, trespassing, and driving after suspension.