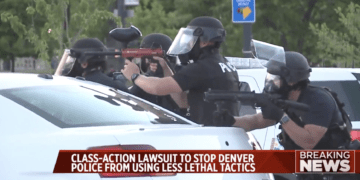 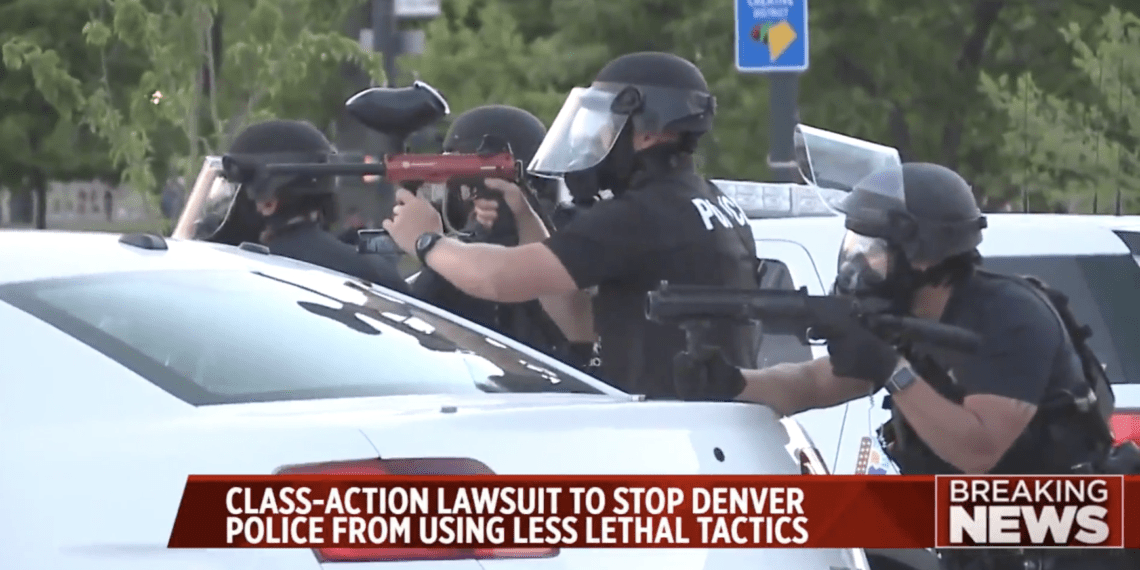 Jackson said in its response to demonstrations, DPD “has failed in its duty to police its own.”

His decision comes after a class-action lawsuit was moved from state to federal court earlier Friday, KDVR reported.

The restraining order prohibits officers from “employing chemical weapons or projectiles of any kind against persons engaging in peaceful protests or demonstrations.”

Such tactics could be used, however, if “an on-scene supervisor at the rank of Captain or above specifically authorizes such use of force in response to specific acts of violence or destruction of property that the command officer has personally witnessed.”

In the order, Jackson said the court reviewed video evidence from a number of incidents showing officers using pepper spray on demonstrators who were allegedly standing peacefully. Some of the demonstrators were speaking to or yelling at officers, but none appeared to be engaging in “violent or destructive behavior,” Jackson wrote.

Plaintiffs provided the court with evidence of people sustaining serious injuries from projectiles, including facial fractures and permanent partial blindness, according to KDVR reports.

“(Plaintiffs) further allege that officers have targeted peaceful protestors, journalists, and protest ‘medics’ and have retaliated against demonstrators for engaging in demonstrations, and sometimes for expressing anti-law enforcement. Plaintiffs allege that this use of force against peaceful protestors and others is sometimes intentional and that officers target projectiles at demonstrators’ heads and groins,” the order stated.

Jackson wrote that protesters have an absolute right to demonstrate against the actions of government officials, including police officers.

Although the judge said law enforcement is “often (a) thankless job,” he also said the use of force across U.S. cities has been “disgusting.”

“The difficulty is in trying to draw an enforceable line that permits police officers to use appropriate means to respond to violence and destruction of property without crossing the line into the chilling free speech and abusing those who wish to exercise it,” Jackson wrote.

Moreover, property rights clearly take a back seat as the judge downplayed destruction versus free speech.

“Although I do not agree with those who have committed property damage during the protests, property damage is a small price to pay for constitutional rights—especially the constitutional right of the public to speak against widespread injustice. If a store’s windows must be broken to prevent a protestor’s facial bones from being broken or eye being permanently damaged, that is more than a fair trade. If a building must be graffiti-ed to prevent the suppression of free speech, that is a fair trade,” Jackson wrote.

The Denver Police Department said it will comply with the order’s directions, “many of which are already in line with our community-consulted Use of Force Policy.”

DPD also said it is “asking for modifications to the Order that would account for limitations on staffing and body-worn cameras so the directions can be operationalized.”