The officer’s “use of the canine under these circumstances can’t be said to be unreasonable,” Judge Eskridge noted. 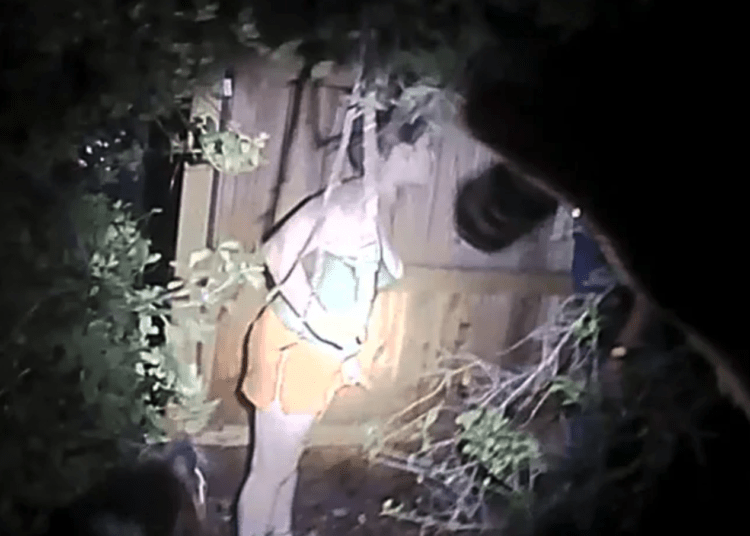 Olivia Sligh fights with police before a K9 is deployed. (Conroe Police Department)

HOUSTON – A federal judge ruled that police did not use “unreasonable” force when they deployed a police service dog (PSD) on a non-compliant woman who suffered significant injuries after the K9 remained on the bite for roughly 62 seconds, court documents show.

U.S. District Court in Houston dismissed the excessive force lawsuit earlier this month. It was originally filed in April 2020 reference an incident that occurred July 5, 2018 in the city of Conroe, which is north of Houston, Yahoo News reported.

The use of force was recorded on bodycam video that showed K9 Thor repeatedly biting Olivia Sligh, 29, as his handler tried to get him off the bite.

According to the decision, the woman “assaulted” Montes while he tried to handcuff her, the news outlet reported.

The officer’s “use of the canine under these circumstances can’t be said to be unreasonable,” Eskridge noted. “Neither can it be said that his subsequent inability to instantly detach the canine somehow made its use unreasonable.”

The judge added: “True, the time from bite to detachment amounted to about sixty-two seconds, but this was in the midst of Sligh’s own continued struggles and multiple instructions for the canine to detach — with the initial bite occurring only because Sligh refused to comply with orders and physically resisted arrest.”

Sutton’s attorney, Steven Selbe, praised the court’s ruling, saying Eskridge “carefully considered the motions, viewed the available video evidence and produced a thoughtful and well-reasoned opinion granting the motions to dismiss of Officer Sutton and the City. We agree with his reasoning.”

The confrontation occurred in a wooded area, where Sligh fled after her partner, Johnathon Stapleton, tried taking her to the hospital, according to the lawsuit.

Sligh acknowledged to NBC News that she was experiencing a “downward spiral” after a psychiatrist prescribed her lithium for bipolar disorder, Yahoo News reported.

The woman said she had been diagnosed with borderline personality disorder several years prior to the incident. However, the new medication “made me more depressed, more upset,” she said. “I was lashing out.”