The FBI declined to say if a single arrest has been made in a series of pro-abortion attacks since May. 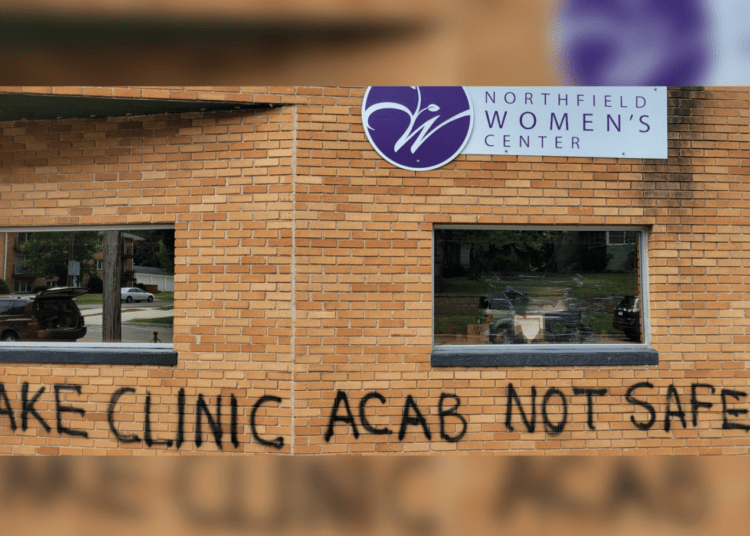 It’s unclear whether the FBI has arrested a single person following at least 150 attacks, threats and other incidents against pro-life advocacy groups, crisis pregnancy centers and churches following the May 2 leak of the Supreme Court’s decision to overturn Roe v. Wade, according to a Daily Caller News Foundation investigation.

There have been at least 73 attacks on pregnancy centers and pro-life offices, along with at least 83 attacks on Catholic churches, since the court’s decision was leaked to the public, according to CatholicVote, a Catholic political advocacy group. The FBI says it is investigating these incidents, some of which are being viewed as potential domestic extremism, but declined to tell the DCNF whether a single arrest had been made in a series of pro-abortion attacks since May.

“The Department of Justice has made clear that partisan political ideology is now driving its decision making, not equal justice under the law,” Brian Burch, president of CatholicVote, told the DCNF. “Our chief federal law enforcement agencies have utterly failed to protect the safety and integrity of Catholic churches, pregnancy resource centers, and even the private homes of Supreme Court justices. CatholicVote has repeatedly called on the DOJ and FBI to protect religious institutions and innocent pro-life advocates from pro-abortion domestic terrorism. These pleas have been ignored.”

Pro-abortion attacks have included at least four firebombings along with numerous incidents of threats scrawled on buildings with spray paint and other forms of vandalism such as shattered windows and blood-red paint thrown over clinic doors.

CompassCare, a pro-life pregnancy center in Amherst, New York, was firebombed, had its windows broken and had “Jane was here” spray-painted on the building June 7 in an apparent reference to Jane’s Revenge, a group that’s taken credit for several pro-abortion attacks. The FBI has gotten involved in the investigation, but no arrests have been made, a CompassCare executive told the DCNF.

“It is fun and easy to attack,” the organization wrote. “As more people discover the joy in attacking the infrastructure of the patriarchy, the attacks will surely continue with increasing frequency.”

In another incident, an incendiary device exploded and caught fire inside the Oregon Right to Life offices May 8, according to the organization; a staff member confirmed that no arrests have been made.

Saint Patrick’s Old Cathedral in New York City was subject to numerous bomb threats and arson threats in May. Other church attacks included threats spray-painted on church exteriors reading “This won’t stop,” and “If abortion isn’t safe, neither are you,” and in one incident a fire was started outside a Catholic church in Reston, Virginia, and police investigated the incident as arson.

“The FBI is investigating a series of attacks and threats targeting pregnancy resource centers, faith-based organizations, and reproductive health clinics across the country, as well as to judicial buildings, including the U.S. Supreme Court,” an FBI spokesperson told the DCNF. “The incidents are being investigated as potential acts of domestic violent extremism, FACE Act violations, or violent crime matters, depending on the facts of each case. The FBI takes all violence and threats of violence very seriously and we are working closely with our law enforcement partners at the national, state, and local levels to investigate these incidents.”

The spokesperson declined to answer questions about the specific number of incidents being investigated and whether any arrests had been made.

Some have called the FBI hypocritical for failing to make arrests in these pro-abortion attacks while sending heavily armed federal agents to the home of Mark Houck, a pro-life activist, over allegedly shoving a Planned Parenthood worker following a verbal altercation. Houck, who said he was defending his 12-year-old son from verbal harassment, has pleaded not guilty.

“The Department has weaponized its agents to intimidate and pursue pro-life religious Americans,” Burch told the DCNF. “The Biden administration chose to send a massive SWAT team to the home of a Pennsylvania pro-life man and arrest him in front of his wife and seven children. Meanwhile, it has failed to take any meaningful action to protect pro-life Americans.”

The Department of Justice did not respond to the Daily Caller News Foundation’s request for comment.