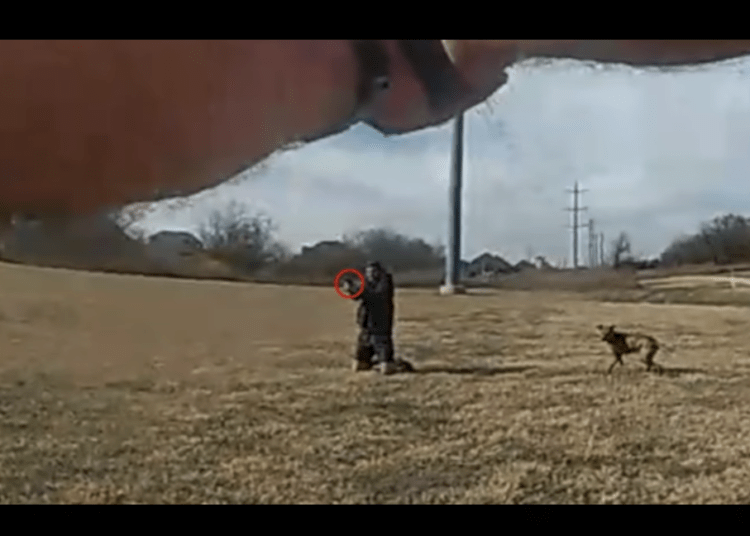 FORT WORTH, Texas — Just one day after his son, Mitchell Davis, was fatally shot by a Fort Worth police officer, Rob Davis has offered an objective perspective as he has compassion for police while he also wants people to know who his son was.

On Tuesday, Mitchell Davis, 29, took his dog for a walk, his father said. While on that walk, he called 911. He told the dispatcher he had a “Glock,” and was going to hurt someone since he felt like he was possessed, WFAA reported.

In partial body camera footage that was released by the Fort Worth Police Department, Davis can be seen reaching into his pocket and pulling out what appears to be a handgun and pointing it at officers.

Rob Davis confirmed that his son had an Airsoft gun.

“It looks like a gun,” Davis acknowledged. “You would never be able to tell the difference.”

The father said his son suffered from severe mental illness.

“We have worked relentlessly with him, with medical professionals and counselors. Our family has rallied around him,” Davis said. “In the end, it was becoming overwhelming, and he was terrified he was going to hurt someone,” even though “I don’t think anyone can recall one unkind word that he said to another person.”

Chief Neil Noakes released a prepared, recorded video statement with the partial body camera footage. In it, he called the incident tragic and said it effects Davis’ family as well as the officers involved and their families.

“Our family is heartbroken for the officers,” Davis offered. “Our heart goes out because we have the deepest admiration and respect and appreciation for what law enforcement does.”

Davis said his son had previously expressed suicidal thoughts. The family had utilized suicide prevention hotlines and sought help. However, over the past few weeks he shared more thoughts about ending his life.

“He said, ‘I just don’t think I can stop this from happening, and I don’t belong here anymore,'” Davis said.

Davis believes his son’s action was by design.

“I just don’t think he had it in him to do it himself…to harm himself,” Davis said.

Amid the heartbreak and mourning, Davis wants people to know that his son was a brother to his five siblings, an uncle and a friend to many. He coached tennis, and he was kind. He was loved by everyone who knew him despite his struggle with mental illness that appeared to alter his personality, WFAA reported.

“He just was a kind person. Maybe, in many ways, not meant for the terrible things in the world right now,” Davis said.