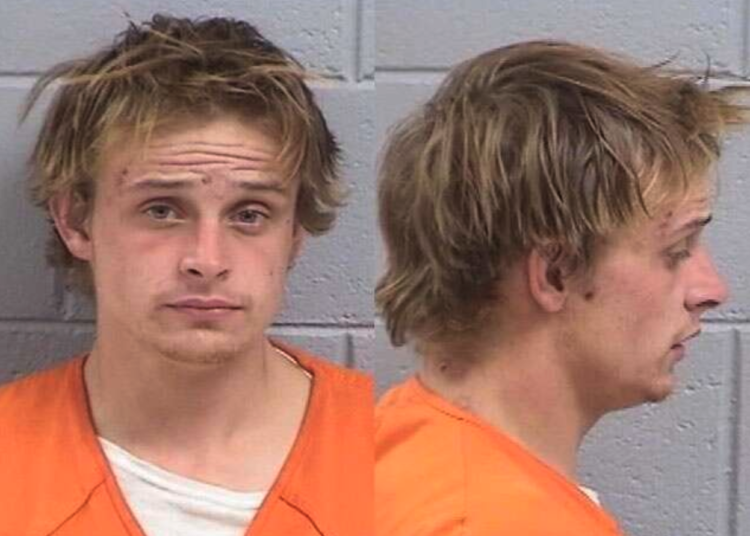 Elias Buck is wanted for escape in Colorado and shooting a police officer in New Mexico. (Booking photo via The Durango Herald)

FARMINGTON, N.M. — Police in New Mexico are looking for a suspect who is accused of shooting a Farmington officer Friday night after escaping from custody in Colorado last month, authorities confirmed.

A spokesperson for the Farmington Police Department says the shooting occurred Friday about 10:15 p.m. when officers were dispatched to a report of a possible DUI driver near E. Main St. and N. Tucker Ave.

Officer Joseph Barreto had brief contact with a suspect who was later identified as Elias Buck, KOAT reported.

According to law enforcement authorities, Buck, 22, pulled out a weapon and shot Barreto, 25. Following the shooting, the suspect fled the scene with a female companion identified as Victoria “Rossi” Hernandez.

Barreto was rushed to the San Juan County Regional Center. The wounded officer is listed in stable condition, according to the news outlet.

Buck is wanted by law enforcement officials in La Plata County, Colo., KOAT reported. Jail authorities say he escaped from the La Plata County Jail on Dec. 27. Further details on the escape were not immediately disclosed.

Buck had been in the La Plata County Jail on the charge of auto theft when he escaped in December. He is described as 6-feet 1-inch tall and about 185 pounds with green eyes and blond hair.

Buck is considered armed and dangerous. Anyone with information on his whereabouts is asked to call their local police department or 911.