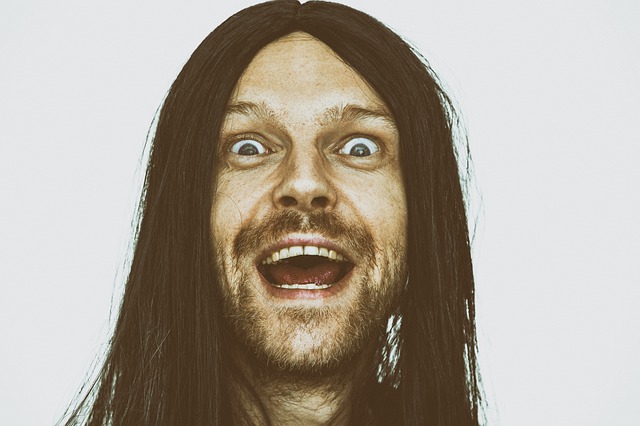 Depending on who is listening to it, a lot of different information can be gleaned from a short-coded Police band radio transmission:

“24th and Capp St, 418 in progress, HMA  5’6”, 110 lbs. taking off his clothes, screaming at people, running around in intersection, violent and aggressive, now lying on the ground “

“Brother Julio got’s some major drugs on board and is tweaking.”

PCP (AKA Angel Dust) was a too often encountered scourge of the Hispanic community that lived generally east of Mission Street, from 25th Street to 17th Street in San Francisco.

Street life was gang life there. The pain numbing qualities of this former elephant tranquilizer meant you were invincible. You could conquer all of your enemies, take the blows and wounds so suffered, and not feel the consequences.

You didn’t need food, heck you didn’t feel hot or cold temperatures, so why bother with confining clothing.

Our friend Julio had no doubt imbibed a favorite local recreational drug construct called a “KJ.”

A “Killer Joint” was some local trash herb, (stems and branches), hand rolled into a cigarette, and then dipped into an Angel Dust infused liquid bath. As an informative local banger once told me: “Part mellow head, part melt your testiculos off.”

BD and his partner George F caught the initial call, while Ron and I along with Luis and Butch rolled that way just because. Of course, other cars would hover around, off the record, just to watch the fun unfold.

Apparently “Julio” had literally jumped/fallen/was pushed out of a second story window, to luckily land on a fruit store canvas awning, before dropping the additional 10 feet to the top of a parked truck.

This object of our attention fit the broadcast description and was sitting on the pavement almost dead center of 24th Street.

Our usual technique in these cases was to get the potential arrestee down to the ground, so as to prevent him from running away. Julio tried repeatedly to stand up while we were strategizing but didn’t seem to know where his feet were.

Score one for the good guys, or so we thought.

There is an arrest technique that is almost never taught in the police academy. I think it’s because the staff wants to be able to claim plausible deniability:

“We never taught them to do THAT!!”

We call it “The Blue Blanket Maneuver.”

Sgt C. the VERY experienced and savvy Street Boss took this moment to come up on the radio:

Like Elmer Fudd sneaking around a wabbit hole, we quietly encircled Julio while he was happily looking at the way the sun shined through his hands.

Twelve (12) hands grabbed at Julio’s 2. Multiple pairs of handcuffs sparkled in the afternoon sun.  Seeing that nothing was going his way, the center of our attention pulled himself in to an armadillo like posture. The superhuman strength that PCP gives people now had 6 beefy cops frustrated in trying to un-turtle a much smaller drug addict.

Back then, we didn’t have field-issued leg restraints. Normally, you hook two or three handcuffs together, and that works acceptably. It just takes coordination.

If I didn’t know these guys so well, I’d have thought it was a deliberate joke. In an instant moment of clarity, I realized that it WAS a deliberate attempt at levity.

This was confirmed when I saw that Julio’s hands were firmly cuffed behind his back, while both of his legs were being held manually down in place by Butch and George.

When I stood up, and Julio’s leg arose in concert, there were whistles and shouts of enjoyment from the peanut gallery.

My “friends” uncuffed me, and we took Julio back to the station with little additional fanfare.

Sgt C met us at the sally port door as we carried Julio inside like a rolled-up rug.

How that man knew what had happened so soon after I never would know, but he said, “Glad you escaped from custody Dave.”

Forty-five minutes later as the team put the final polish on a “Physical Restraint Arrest Report,” there was a huge commotion in the Booking Area.

Sgt C who was doubling back on overtime as the Station Keeper was shouting:

I ran to the booking area door to look in and saw Julio violently struggling with another half dozen cops, while spurting deep red blood from his right foot.

Open blood flow meant rubber gloves, so after I struggled mine on, I helped hold down the Duster until Jimmy the lead paramedic took over a short time later.

Julio, having been the perfect picture of semi-comatose drug addict had been un-handcuffed, and released into a solo cell, under the watchful eyes of three security cameras, and the Station Duty cop assigned to help the Keeper.

Somehow, Julio had KICKED out three ranks of solidly anchored ceramic bricks to be able to crawl through the opening trailing a thick swale of blood from his shattered foot.

He subsequently showed up unannounced and very unwanted at the booking counter, and told the more-than-startled Sgt C:

As the doors to the Custody Ward at SFGH closed behind Julio, I realized that my day was now far from over.

The city replaced the shattered cell bricks with more sturdy concrete versions, after the Station Duty swabbed the blood stains away.

My request to be issued leg-irons was refused because it was determined that I didn’t need them.