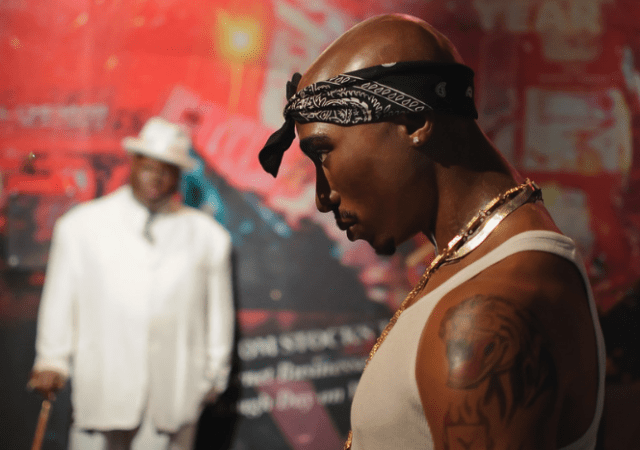 If ever there was a specific phrase that I truly hated during my career at the SFPD, (and elsewhere) it was this question being asked by a self-important nimrod at the other end of my ticket book.

Depending on my frame of mind, and how much caffeine I had on board at that particular moment, my mental-only responses to these questions could have been:

“This is just a promise to appear, by signing this you simply agree to appear in court, press hard, three copies.”

It got “interesting “when the soon-to-be-ticketed person told me he/she was above the law because they were personally important, were related to some VIP, or that they were sleeping with a person who could end my career. Once or twice, it was all three.

Verbally given, I could pretty much ignore these comments, but when business cards or governmental identification passed over the driver’s window, I had to start paying attention.

Generally, if someone flashed a business card with a handwritten “courtesy requested” on the back, and if it was going to be an admonishment warning anyway, I’d hang on to the card, and let them go. That card would immediately go to the platoon commander’s top right hand desk drawer, and a call or two might be made.

Now if you got a governmental ID instead of a business card, then we had a different un-official policy.

City ID: You got to handle it, but get a name, title, and phone number. Make a verbal report to the street boss later. Let them go if its minor. If it’s a big deal, call your supervisor.

State ID: Sergeant to the scene. He/she will handle it. Write an “in-house-memo” (“one copy only”) before the end of shift. (Yes, I kept a copy for myself. I’m not an idiot.)

Feds: If you have a hidden tape recorder, start it. (I ALWAYS had one!) Tell dispatch you were (insert secret radio code here) and wait for the most senior supervisor in the district to show up. Do as your boss orders you to do. Don’t write anything official unless ordered to. Notify the district POA rep and tell your wife you’ll be coming home late.

If it was a simple President Grant under a driver’s license thing instead, you got to do some close-up Harry Houdini stuff: See the bribe? AllA Kazzam! One, Two, Three, Your car now belongs to me! Aren’t those pretty chrome plated handcuffs?

One night Inspector Jeff and I heard our PIC radios explode with loud back up calls, and (yes!) profanity from some of the blue suits at Jeff’s old Northern Station.

With separate sets of bad guys, and therefore different pursuits running, it sounded like dispatch was imitating a three-ring circus.

By sheer luck we got one car behind a screaming northern radio car with a dark SUV a short distance ahead.

The SUV whipped back and forth but made a faulty high-speed turn into an alley that had a chain link fence from curb to curb.

The passenger tripped, went to the pavement, and both of us did impromptu Sumo wrestler body slams onto our quarry before he could so much as get a leg under himself.

He rolled over, looked me straight in the face and said, “Don’t you know who I am?”

When I got enough wind in my sails to respond I said something like,“Don’t know, don’t care, shut the —– up.”

When we got to the Northern Station booking room, I began to suspect something might be amiss. All of the younger and no-doubt more “hip” cops were coming by the big plastic window, looking at our guy, and then laughing while trying to get polaroid photos.

When a couple of them came into the smelly booking room and asked if they could take selfies with our un-happy looking and roughed up prisoner, Jeff said no, broke down and asked what was up.

I’d never been a fan of some modern so-called music, so even when I was told the stage name of our robber, it meant almost nothing to me.

The watch commander put an end to such foorah when he called us into his office, shut the door, and while congratulating us on an excellent collar, told us it was going nowhere.

Apparently the “robbery” was when the store owner refused service to the rappers because it was after 2 a.m. They took what they wanted, pistol-whipped the non-American owner around after calling him ethnically insulting names, threw some cash on the floor, and took off.

The artist-agent for these rapper-crooks subsequently walked into the liquor store that was “robbed” of multiple bottles of expensive booze and gave the still bleeding store owner a THICK wad of dead presidents to forget the incident.

Now, with no viable victim, the agent and the suddenly smiling crew of ersatz criminals were waiting for the on-duty night district attorney to approve a release for all involved.

I hung onto a polaroid or two, and the un-signed felony booking card as souvenirs which was made even more curious because our guy got gunned down in Las Vegas while preparing for a Gangsta Rap Concert a few weeks later. Ironically, if he’d stayed in SF, fought the charges or whatever, he’d be alive today.

I guess now I know who he is.