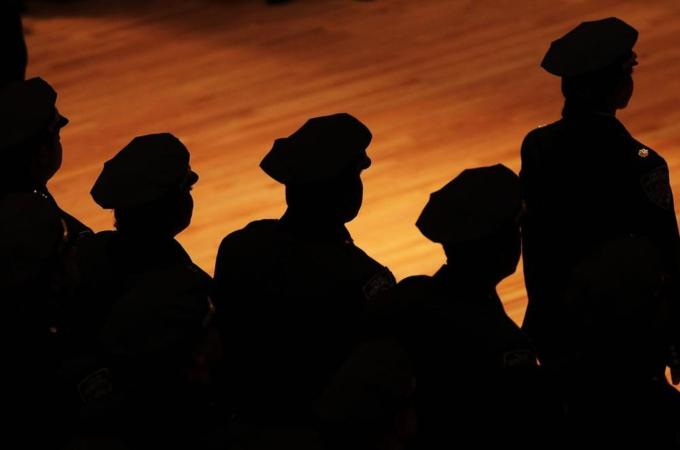 byDavid Underwood
Share and speak up for justice, law & order...

I have been thinking about this for a long time now. I wasn’t sure if I should write down my thoughts and share them with others. So I threw caution to the wind with the hope my thoughts will help someone even if in a small way. So here it goes.

I believe these are some of the darkest days of law enforcement that have ever been seen or heard about at least in my lifetime. The kind of mayhem we have been experiencing is the kind that we hear and read about in other countries.

Now it’s happening in our own backyard.

So many of you have experienced this ungodly lashing-out against law enforcement in ways some of us from small town America have yet to see.  There is no question that we are out-numbered and in many ways the odds are stacked against us. I have little doubt that many of us are questioning whether we are actually making a difference and if we can even make it even make through the shift.  All that said I can’t shake the question, “Do we still believe in what we are doing?”

This thought first hit me during my readings through the Bible, more specifically through the Book of Acts and even more specifically about the Apostle Paul.  Space does not permit me to write a full blown bio about him except to say that he was hell-bent on finishing the race he began that day when he literally “saw the light”.  Prior to that day he was, in his own words, “a blasphemer and a persecutor and a violent man.” His mission in life was to persecute, incarcerate and wreak havoc on anyone who claimed to be a follower of Christ, a mission he actually believed was God-ordained.

Ironically he would end up becoming the object of the same kind of persecution that he had inflicted on other Christians. Many people conspired to kill him.  Some thought they had killed him after they had stoned him (with big rocks) and drug him out of the city and left for dead.  But low and behold, he was not dead; instead he got up and went back into that same city to continue doing what God had commissioned him to do. In one city a riot was stirred up against Paul and his companion Silas where “some were shouting one thing, some another. Most of the people did not even know why they were there.”  Sound familiar?  Then there was the time that Paul told one of the churches he had visited, “And now, compelled by the Spirit, I am going to Jerusalem, not knowing what will happen to me there.  I only know that in every city the Holy Spirit warns me that prison and hardships are facing me.”  And with that he left even though his brothers and leaders in the church pleaded with him not to go.

What would drive a man to do what he was doing knowing full well what he would face everywhere he went?

One definition of the word believe that I came across in my studies is to “believe in someone or something with a confidence in a particular course of action; it is to have faith in the existence of something.”  Someone has said that “only if one believes in something can one act purposely.” That something for Paul was his un-wavering faith in God and believing in what he was doing.

Here’s what I think.  I think that those who truly believe in what they are doing will not stop at anything to perform their duties in carrying out the oath they have taken.  Those who truly believe in what they are doing are the ones who will keep doing it regardless of the opposition they face.  They will keep fighting the good fight and they will keep the faith in the face of overwhelming odds.  And most importantly, those who have this kind of belief system believes this work we are doing is ordained by God (Romans 13); that it is a calling from God and for some unknown reason have been given the wiring to do a kind of work that most will not want to go near.  They see the greater good, they see the urgent need and refuse to stand by and let evil prevail.

These recent days and months of rioting, mayhem, violence against law enforcement and law abiding citizens has been enough to cause some to wonder if it’s really worth it.

We have to believe it is.  We can’t let the opposition win.

There have been many this past year that have made the decision to step away from the chaos and the un-ending battles out of extreme exhaustion. Some have turned in their gear because they have felt betrayed by those who should have had their backs. They came to a point where enough is enough. Everyone has a breaking point; mine came 15 years ago when I made the decision that it was time step away from pastoral ministry to pursue a career/ministry in law enforcement but I still believe in the Lord, His word, His work and His church. So let’s not judge someone for making that kind of decision. And I would bet all of us do believe in this great work and that we are making a difference even though it doesn’t seem like it.

I also believe that those of us in law enforcement still do believe in this great work and just don’t know it.  The mere fact that we put on the uniform and gear up for out watch is a testament to that.   Some may say, “I don’t know why I can’t walk away from it” but yet still get ready for another day of battle. As long as we fulfill our calling with integrity, honesty and courage, I believe we are making a difference and I have seen it in the resilience of those men and women who have held the line in the face of pure evil.

One of my favorite quotes comes from Edmund Burke who once said, “The only thing necessary for the triumph of evil is for good men to do nothing.”

May God renew our belief in what we are doing and grant us safety as we keep fighting the good fight.