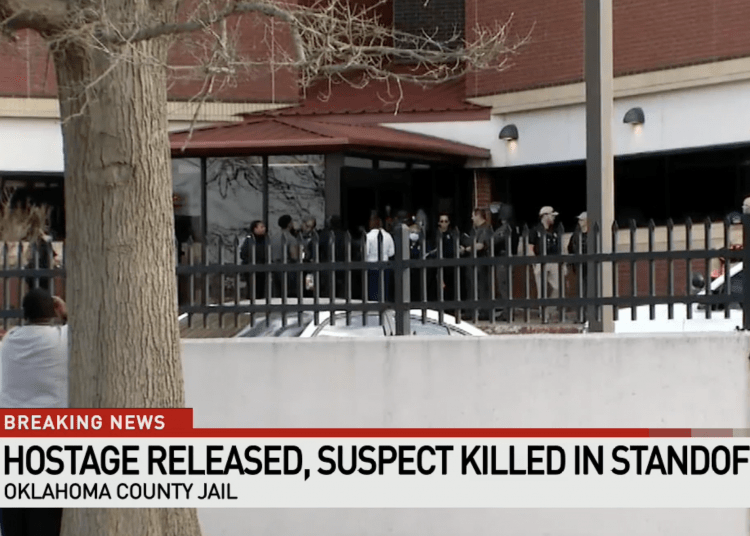 Based on recidivism studies of those released from prisons and those on probation, it’s reasonable to assume that the release of offenders from jails contributed to the considerable increase in violence in 2020 and 2021.

The jail incarceration rate was the lowest since 1990.

In three weeks, jails have contact with as many people as prisons do in an entire year.

Crime victims become an overlooked casualty of the pandemic (link below).

The Bureau of Justice Statistics of the US Department of Justice released a report on the impact of COVID-19 and jail populations.

It states that the jail incarceration rate was the lowest since 1990.

There were large declines in the raw numbers of jail inmates.

CNN Cites Jail Releases As A Factor For Rising Crime

Experts point to a “perfect storm” of factors — economic collapse, social anxiety because of a pandemic, de-policing in major cities after protests that called for abolition of police departments, shifts in police resources from neighborhoods to downtown areas because of those protests, and the release of criminal defendants pretrial or before sentences were completed to reduce risk of Covid-19 spread in jails — all may have contributed to the spike in homicides (emphasis added), CNN.

See another CNN article providing examples as to offenders released from jails, CNN

In three weeks, jails have contact with as many people as prisons do in an entire year…., US Jails.

I’m not going to second guess state and local health experts and jail administrators. COVID took well over 500,000 lives in America and the number continues to grow. Altering the number of people in jail limits the exposure of inmates and correctional officers (40 jail staff died of COVID during the measurement period).

Jails are not prisons meaning that there is a mix of those convicted and sentenced to jail and those held on a pretrial basis. About 65% (480,700) of jail inmates were awaiting court action on a current charge, while the remaining 35% (253,700) were serving a sentence or awaiting sentencing on a conviction, Bureau Of Justice Statistics.

Those sentenced are generally “minor” offenders (compared to prison inmates) often serving less than one year. Those in jails, however, could (and usually do) have considerable criminal histories.

Per USDOJ data, fifty-eight percent of male state prison inmates are incarcerated for violent crimes. The percentage would be much higher if previous violent crimes are considered.

Most (the vast majority?) of those sentenced to state prisons for crimes of violence were held in jail on a pretrial basis.

Recidivism Or Return To Crime

I’m unaware of USDOJ recidivism data for jail inmates but the research on prisons or probation is concerning.

Recidivism Of Those on Probation

To my knowledge, there is one major and definitive study (based on large numbers of offenders) on state probation recidivism.  It focused solely on felony probationers.

Within 3 years 43% of state felons on probation were rearrested for a felony. Half of the arrests were for a violent crime (murder, rape, robbery, or aggravated assault) or a drug offense.

Results showed that within 3 years of sentencing, 62 percent either had a disciplinary hearing for violating a condition of their probation or were arrested for another felony.

In addition, within 3 years, 46 percent had been sent to prison or jail or had absconded, Federal And State Recidivism.

Based on recidivism data for those released from prison and those on probation, there is no doubt that released jail inmates engage in new criminal activity. But as stated, I’m unaware of data substantiating this.

There are endless media accounts of domestic violence offenders returning home after arrest and re-victimizing their victims.

Violence is skyrocketing in some cities. Per the Bureau of Justice Statistics of the US Department of Justice, violent crime increased 28 percent since 2015 (the year of the Freddie Gray incident and numerous disturbances). Serious violent crime increased. Fear of crime is at an all-time high. Gun purchases are skyrocketing. Security devices are hitting record numbers. People and businesses are leaving cities. A variety of sources have documented a dramatic increase in homicides and other forms of violence, US Crime Rates.

There is new data from the FBI documenting increases in homicides, aggravated assaults, overall violence, and vehicle thefts, Violence Increases In 2020.

There is a new report from CNN and the Major Chiefs Association. It states that homicides increased 33 percent for cities in 2020. Aggravated assaults also increased, Homicides Increase.

The release of jail inmates correlates with recent and substantial violent crime increases post-COVID lockdowns. But as any criminology professor will tell you, correlation does not equal causation.

Local jails in the United States experienced a large decline (down 185,400 inmates) in their inmate populations from June 30, 2019 to June 30, 2020, which can be attributed mainly to the COVID-19 pandemic.

Jails in counties with the highest COVID-19 infection rate tested nearly 21% of persons admitted to their jails, and about 14% of these tests were positive.

The report, Impact of COVID-19 on the Local Jail Population, January-June 2020 is available on the BJS website at www.bjs.gov.

Based on recidivism studies of those released from prisons and those on probation, it’s reasonable to assume that the vast release of jail offenders contributed to the increase in violence.

Violent backgrounds are common among the offender population regardless if the “current” charge was for a nonviolent crime. As stated, 58 percent of male state prison inmates are serving a “current” conviction for a violent crime.

Many of the remainder have histories of acts of violence. Per USDOJ statistics, the overwhelming percentage of charged offenders are plea-bargained to a lesser crime.

Crime victims, they fear, will become an overlooked casualty of the pandemic, March 17, 2021, The Oregonian.