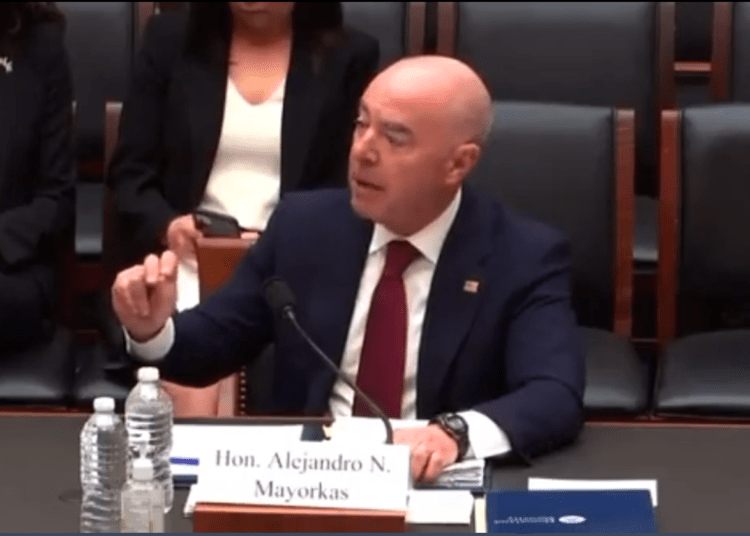 Homeland Security Secretary Alejandro Mayorkas was notified last year that there was no evidence Border Patrol agents had “whipped” or “strapped” Haitian migrants at the US-Mexico border mere hours before he supported President Biden’s lies about the encounter at a press conference, the New York Post reported.

An email to Mayorkas from the assistant secretary of DHS public affairs, Marsha Espinosa, and dated Sept. 24, 2021, highlighted an interview with the photographer who snapped pictures of agents on horseback doing their job, trying to corral migrants and block them from entering the US near Del Rio, Texas, according to Fox News Digital.

Photographer Paul Ratje told an interviewer that he did not witness the agents harming any migrants. He’s gone on the record many times since saying the same thing. Nevertheless, progressives needed the false perception to fit their narrative, so Mayorkas not only failed to correct Biden’s deceitfulness, he doubled down and perpetuated the same lies.

“To see people treated like they did, horses barely running over, people being strapped — it’s outrageous,” Biden told the assembled reporters that day.

“Our nation saw horrifying images that do not reflect who we are. We know that those images painfully conjured up the worst elements of our nation’s ongoing battle against systemic racism,” Mayorkas said during a press conference, chiming in harmoniously as both he and Biden lied to anyone who was listening.

Biden and other administration officials continued to repeat immigration activists’ falsehoods that the horse mounted agents were whipping migrants despite overwhelming evidence to the contrary.

The three agents had in fact been using cord split reins to control their horses, and no migrants were harmed in the Sept. 19 fracas, a Customs and Border Protection internal investigation revealed this summer.

Nevertheless, the Biden administration was predetermined to classify the agents guilty of something, so they determined it was still “excessive force.”

The three horseback agents and their supervisor face up to two weeks of unpaid suspension in connection with the incident, according to Fox. They have yet to respond to the proposed discipline.