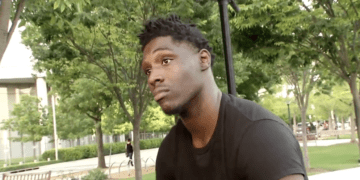 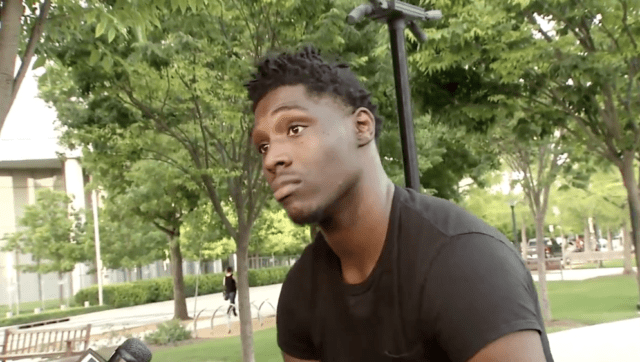 OKLAHOMA CITY — A detention officer in Oklahoma said he turned in his shield and resigned after being told he couldn’t kneel with George Floyd demonstrators gathering outside a jail where he was working.

Keval Williams told FOX25 Oklahoma City that he was protesting Sunday when he was called in to work after a demonstration outside the Oklahoma County Jail turned violent.

However, when Williams’ supervisors wouldn’t give him permission to join protesters after asking to kneel with them, he said he quit his job.

Former Oklahoma County Detention Officer Keval Williams turned in his badge after being told he couldn't kneel in solidarity with protesters Sunday.

“It felt so wrong holding my shield there and making sure they didn’t come past the line,” he said. “But I was just standing with these people … so that’s when I knew I had to stop and take a stand with them.”

Williams and other detention officers were called in after protesters set an Oklahoma County sheriff’s van on fire and tried to breach the jail, Mark Myers, with the sheriff’s office said, Fox reported.

The sheriff’s office said Williams could not take a knee at the time because he wasn’t permitted to leave his post watching over the inmates.

To those employees wishing to protest, Myers said they could “take the day off.”

Williams later told KOCO that he “didn’t want to quit his job” because it wasn’t the message he wanted to send.

He also said detention officers outside the jail were kneeling once media arrived. That is when he stood up from his desk and turned in his badge, Fox 25 reported.

“I wanted to show all these protesters that police officers, correction officers stand with you and they understand what you’re doing,” he said.