The pit bull bit one of the horses on the leg 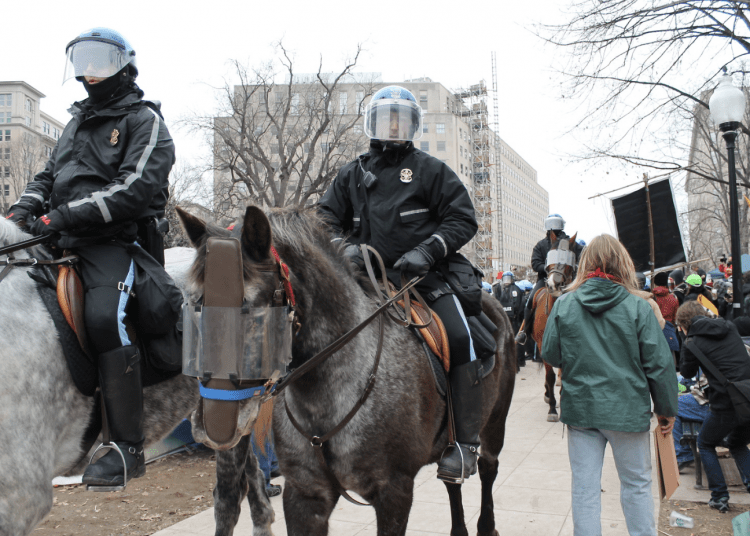 TAMPA, Fla. — A Florida deputy fatally shot a dog after it repeatedly attacked a police horse following the Gasparilla parade on Saturday.

The attacking dog was a pit bull. It had been tethered to a gate, but broke free and charged the horses three times, according to Hillsborough County Sheriff’s Office. The area had a large crowd present for Tampa’s annual pirate celebration. As a result, there were several mounted units patrolling during the parade.

A deputy tried to Taser the dog when it first broke away and tried to bite a horse, but couldn’t obtain a clear line that wouldn’t potentially injure the horse. The dog returned and bit another horse, a 16-year-old named Romeo, on the leg, WCTV reported.

When the pit bull attacked the horse a third time, Deputy Crystal McClelland, who was riding a separate horse, shot the dog once. Consequently, the dog died at the scene, according to a statement from the sheriff’s office.

The owner of the dog was not identified. However, authorities said he is homeless and was hospitalized involuntarily after the shooting for reportedly making threats to deputies, according to WCTV.

Sheriff Chad Chronister noted that it was an especially difficult decision for a deputy on the Mounted Unit because they spend their careers working with animals. Nevertheless, he cautioned in a statement, “There could have been many more injuries and potential losses had the horse been badly injured, not only to the horse itself, but also to the deputy riding him, the crowd of people walking nearby on Bayshore Blvd and the other horses who could have reacted due to their herd mentality.”

Deputies plead with suspect not to grab gun before fatal shooting