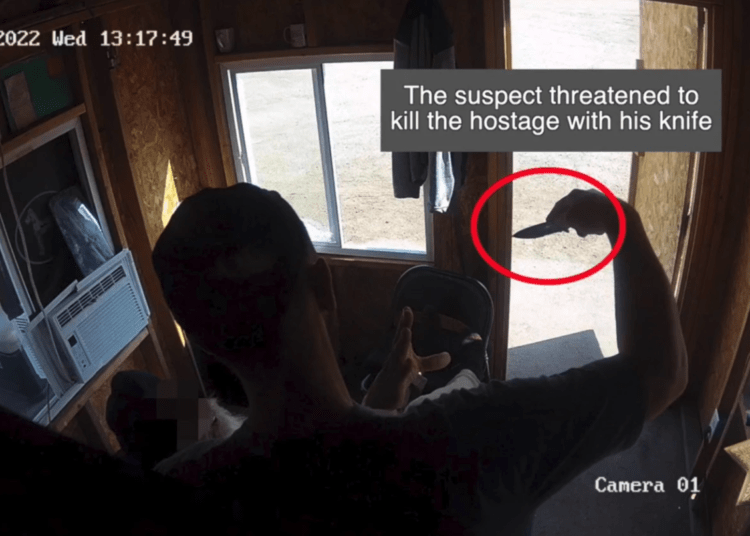 KERN COUNTY, Calif. – A deputy from the Kern County Sheriff’s Office in California fatally shot a suspect threatening to kill a hostage with a 10-inch hunting knife, according to recently released video from the agency.

On Feb. 9, a 911 caller said an armed suspect was assaulting a family member in the 3200 block of State Road. At that location, Deven Karl Moore, 25, was reportedly running around with a sledgehammer and knocking out windows, the New York Post reported.

A second 911 caller at a nearby business told Kern County Sheriff’s Office that a suspect armed with a sledgehammer and a knife had terrorized him and told him to leave.

Deputies responding to the location confronted Moore. However, he ignored commands to stop and surrender before running away.

Kern County Sheriff’s Office released footage Wednesday, which shows Moore telling deputies to back off as he held an elderly man hostage at a business yard in Oildale.

“Back away!” Moore hollered at deputies. “Back away! Back off of me now! Put your weapon away! You’re f***ing with me!”

As the confrontation continued, Moore threatened to stab the hostage while holding a large knife to his neck, video shows.

“Go, go,” deputies told the hostage immediately after neutralizing Moore. The elderly man was unharmed. The suspect died at the scene. 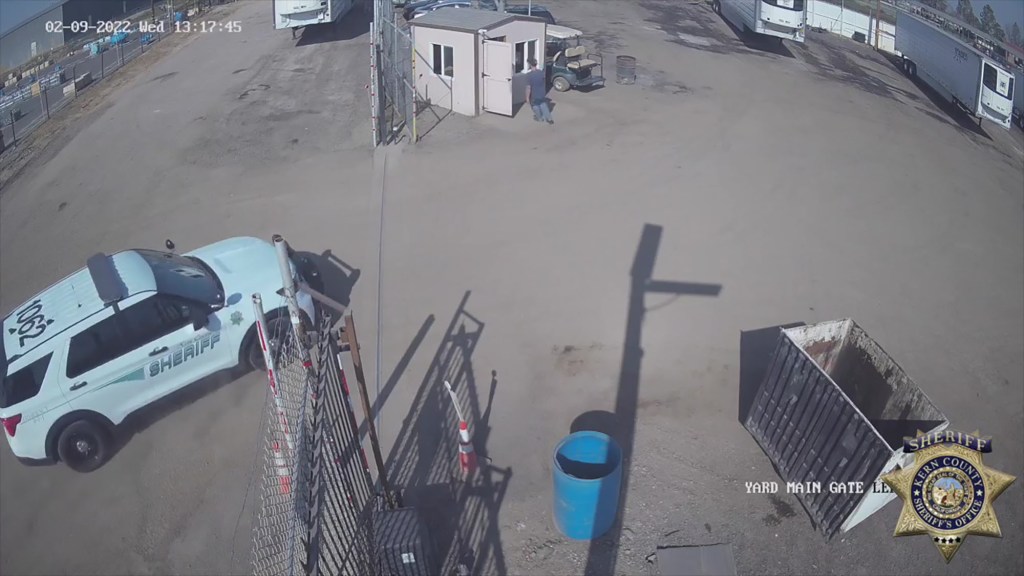 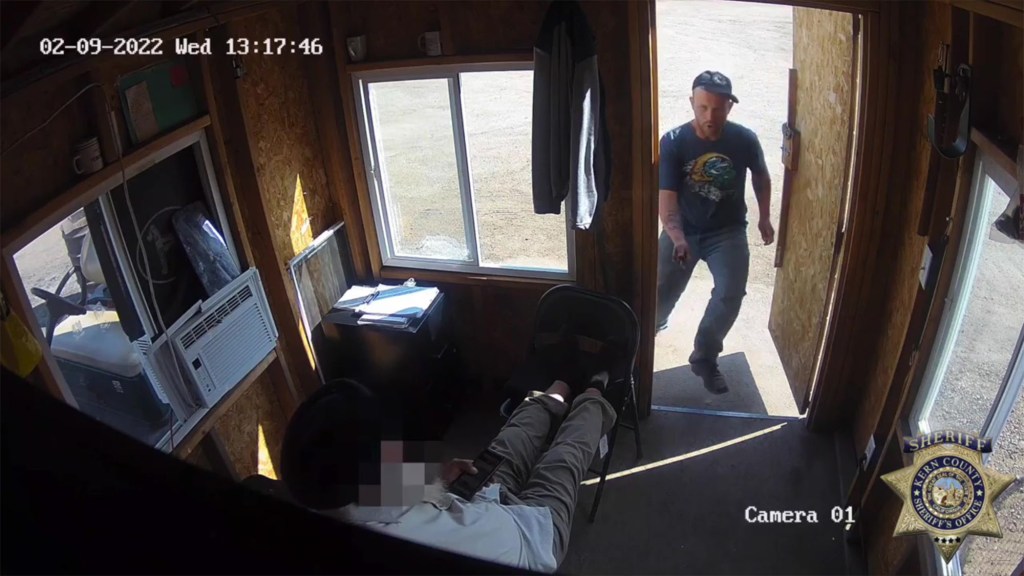 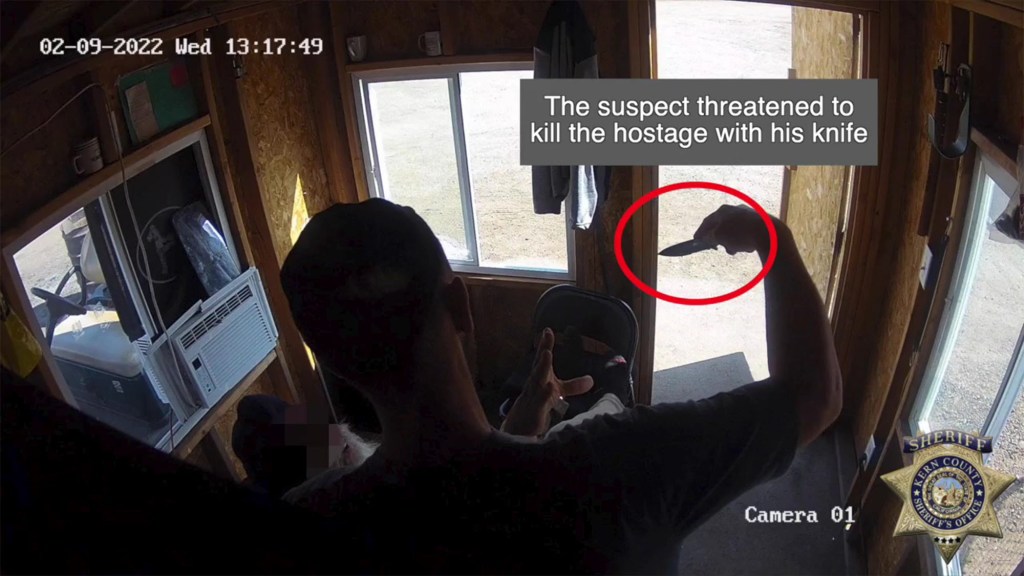 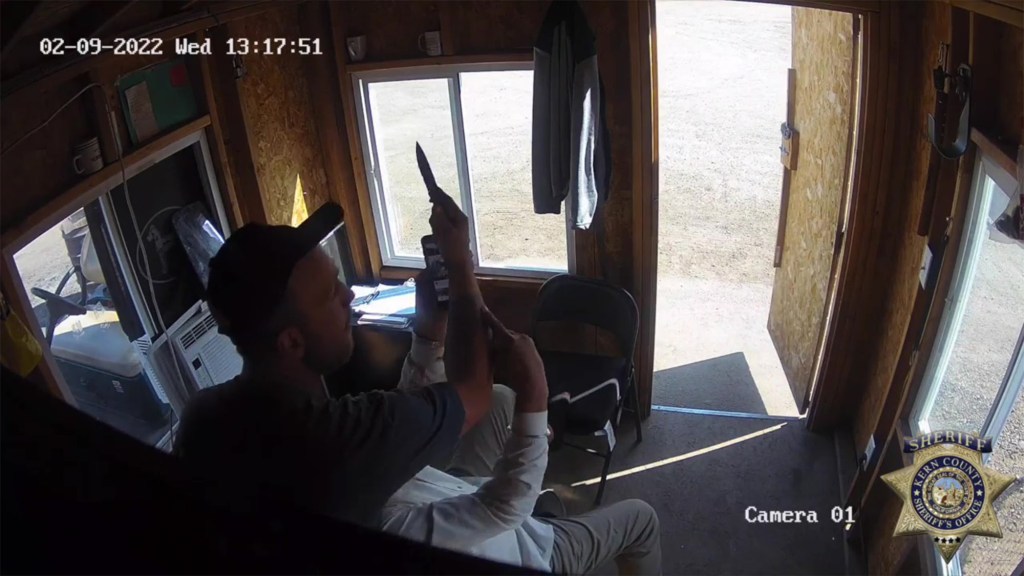 The suspect threatens to harm the elderly man inside the shack. (Kern County Sheriff’s Office) 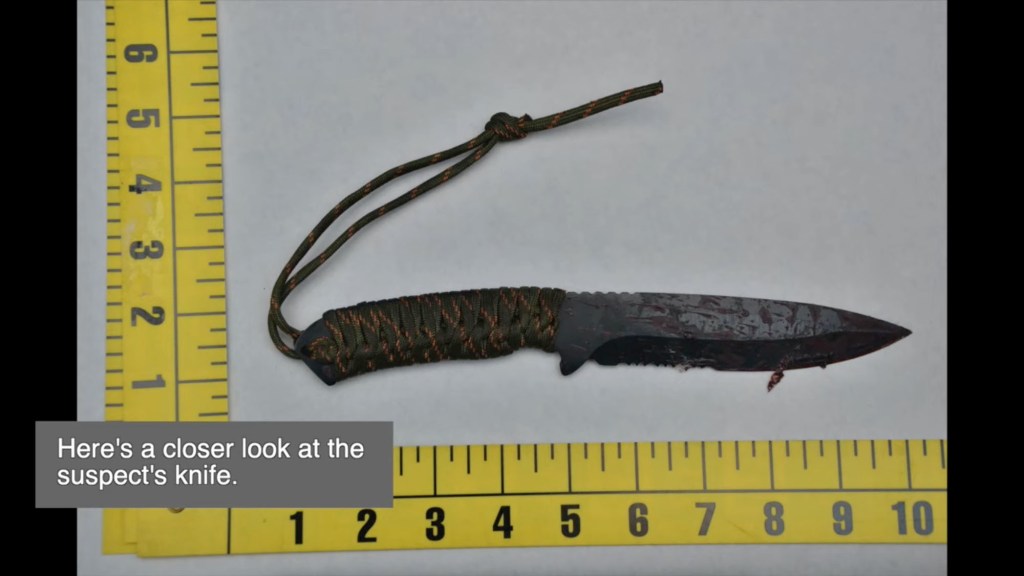 Just prior to taking the man hostage, Moore disregarded a deputy’s order to drop the knife and a fire extinguisher that he deployed in an attempt to conceal his movements, the sheriff’s office said.

“Deven, stop!” one deputy told him. “Don’t give yourself any more trouble, bro. Just stop and drop the knife and drop the fire extinguisher.”

The Kern County Sheriff’s Office determined the fatal deputy-involved shooting was justified and within department policy.

Nevertheless, the case has been turned over for review to local prosecutors, the sheriff’s office said.