The Los Angeles County Board of Supervisor's moved this week to terminate 4,000 employees who refuse the COVID-19 shot 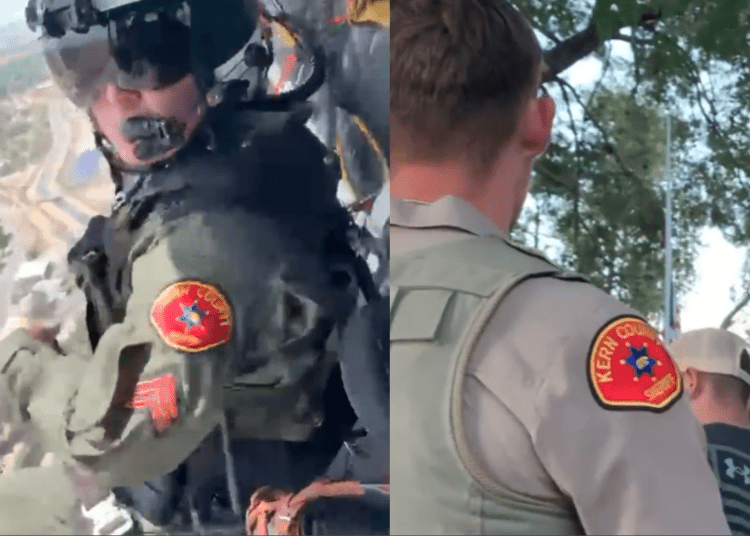 KERN COUNTY, Calif. – The Los Angeles County Board of Supervisors this week sought to terminate 4,000 LASD employees for not being vaccinated against COVID-19. It is a move drawing intense criticism and one that Los Angeles County Sheriff Alex Villanueva called a “suicide pact,” Law Officer reported.

It is also a move that spurred neighboring Kern County officials to launch a recruitment campaign targeting LASD deputies for employment.

“The Board of Supervisors followed through on their threat and voted 4-0 to form a suicide pact and start the process to fire 4,000 deputies for not being vaccinated. Showing deliberate indifference to the obvious impact on public safety, the board hid behind an alleged threat to public safety they couldn’t back up with data,” Villanueva said.

In response, Kern County officials are seizing on the opportunity by posting a recruitment video on social media urging deputies in Los Angeles County who are opposed to vaccine mandates to apply for positions with their agency, the Los Angeles Times reported.

With country music icon George Strait wooing viewers to his law enforcement-honoring tune, “The Weight of the Badge,” the Kern County Sheriff’s Office makes their pitch.

“Take back your freedom and apply today to work at the Kern County Sheriff’s Office,” the one-minute video says. “You deserve a job that welcomes you, and your values, with open arms.”

Apply today to work @KernCoSheriff. You deserve a job that welcomes you, and your values, with open arms. #BackTheBlue #LawEnforcement #KernCounty pic.twitter.com/r6yeOH2RGV

The video was posted Wednesday, one day after the L.A. County Board of Supervisors moved to remove from Villanueva enforcement responsibilities for COVID-19 vaccination. The sheriff has repeatedly said he will not fire deputies who refuse to get vaccinated.

Moreover, Villanueva accused the politicians of engaging in a “stunt” that will “harm public safety,” Law Officer reported.

“This is nothing more than another politically motivated stunt by the board, which has no bearing on public health, but will definitely harm public safety,” the sheriff said.

Kern County’s video, which was posted on Twitter, Facebook and Instagram, begins with a screen shot of an article about the L.A. County Board of Supervisor’s motion and then continues as it shows a different culture and lifestyle in Kern County, which is more rural and conservative.