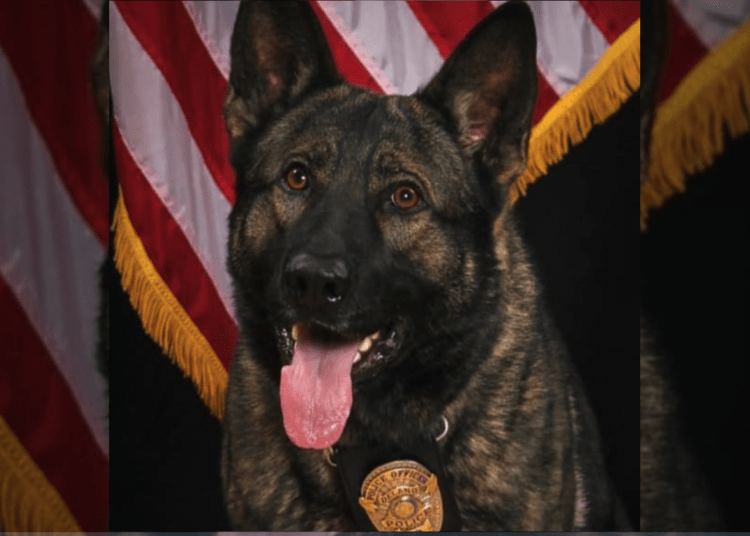 MCFARLAND, Calif. — A California police K9 has been seriously wounded after being shot multiple times during an apprehension Saturday night in the city of McFarland, according to authorities.

The Delano Police Department said K9 Axel was shot twice by a pursuit suspect as the handler assisted an allied agency with an arrest Jan. 1 at about 8:32 p.m., according to a press statement.

“McFarland PD requested the use of our K9 to assist with an apprehension of a suspect.

“K9 Axel was transported to a local Veterinary hospital where he is being treated for his injuries.”

The Kern County Sheriff’s Office said McFarland officers opened fire on the suspect who was struck. The unnamed gunman was subsequently taken into custody and transported to a local hospital for treatment, KGET reported.

No additional officers were injured during the shooting and the suspect’s condition is unknown.

Meanwhile, community members are showing love and support for K9 Axel on social media. The department’s post has hundreds of comments praying for Axel’s recovery.