Defense for Tou Thao Asks Judge for Sanctions Against Prosecution 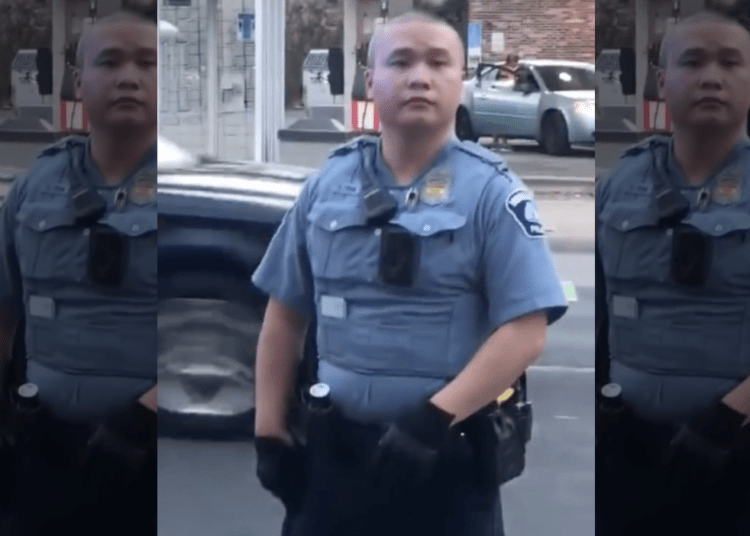 MINNEAPOLIS — The prosecutors in the George Floyd trial face calls for sanctions from one of the defendants. The defense for former police officer Tou Thao assert that the state snubbed a court-ordered Aug. 14 deadline to turn over discovery, including exculpatory evidence, Law&Crime reported.

Attorneys single out a July 8 interview with Dr. Andrew Baker, medical examiner for Hennepin County. According to a summary, Baker did not include Floyd’s restraint on the ground as being the “mechanism of death.” From the motion:

Dr. Baker “defined the mechanism of death as Floyd’s heart and lungs stopping due to the combined effects of his health problems as well as the exertion and restraint involved in Floyd’s interaction with police prior to being on the ground.” (Exhibit 1 at p. 2-3)(emphasis added).

As indicated in an Aug. 7 email included as an exhibit, Assistant Hennepin County Attorney Beth Stack challenged this version of Baker’s interview, telling Assistant United States Attorney Jeffrey S. Paulsen he acknowledged in an Aug. 4 phone call that the attorneys and FBI agents at the interview are “laypeople” as opposed to medical experts. From her email:

The Baker interview was not recorded.

Minnesota Attorney General Keith Ellison claims the defense motion is without merit, according to Law&Crime.

Prior to issuing the autopsy report, the Hennepin County Medical Examiner’s preliminarily details found that the “autopsy revealed no physical findings that support a diagnosis of traumatic asphyxia or strangulation. Mr. Floyd had underlying health conditions including coronary artery disease and hypertensive heart disease. The combined effects of Mr. Floyd being restrained by the police, his underlying health conditions and any potential intoxicants in his system likely contributed to his death.” (Intoxicants — 11 ng of Fentanyl — later proved to be a lethal dose.)

As part of Thao’s motion, the defense requests 1) the trial be pushed back from March 8, 2021 to July 5, 2021; 2) that they get an extension for the defense date for initial disclosures of expert witnesses; and 3) an order for the prosecution to pay attorneys fees and costs “caused by the delay of and manner in which the discovery was provided.”

Law Officer is the only major law enforcement publication and website owned and operated by law enforcement. This unique facet makes Law Officer much more than just a publishing company but is a true advocate for the profession.
Share and speak up for justice, law & order...
Tags: Dr. Andrew BakerGeorge FloydHennepin CountyKeith EllisonMinneapolis Police DepartmentTou Thao

LAPD investigating report of circulating George Floyd photo with caption, ‘You take my breath away’