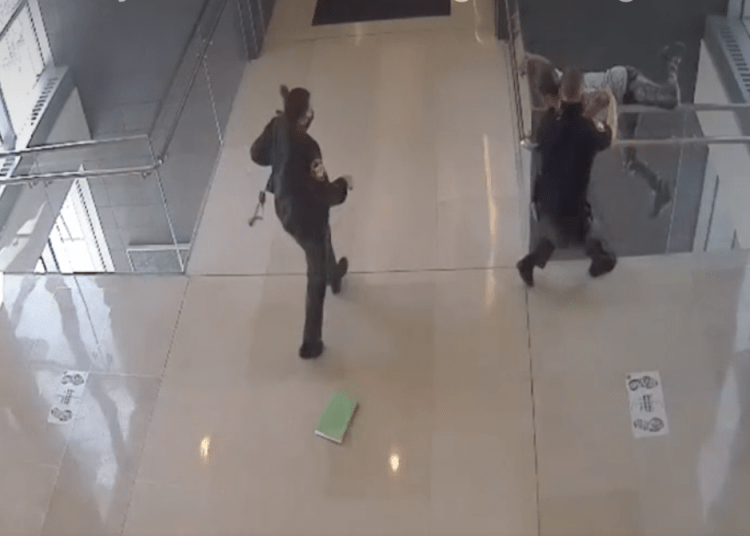 COLUMBUS, Ohio — A desperate convicted felon fled during his sentencing hearing at the Franklin County Government Center. Stunning video shows him jump off a sixth-floor balcony during his effort to get away, according to reports.

Donald Mullins, 44, managed to free himself from two court officers. Once he was separated from court personnel, he lunged toward a sixth-floor glass railing from the nearby walkway, and vaulted over the waist-high barrier, leaving him in a free fall until hitting the floor below, WCMH reported.

An uninvolved woman who happened to be in the courthouse filmed the bloody aftermath, which included Mullins writhing in pain on the floor as court officers responded to re-secure him.

Mullins was transported to a local medical center for treatment of a broken leg along with facial injuries. He was previously charged with aggravated burglary, robbery and theft. Now he faces an additional count of escaping custody, Fox News reported.

Mullins was found guilty of the pre-existing crimes prior to fleeing. Judge Mark Serrott sentenced him to 4-6 years in prison, according to WCMH. Mullins asked the judge for time prior to incarceration due a medical issue.

However, the judge denied the request, which led to Mullins bolting from court. He had previously been out of custody on bond.