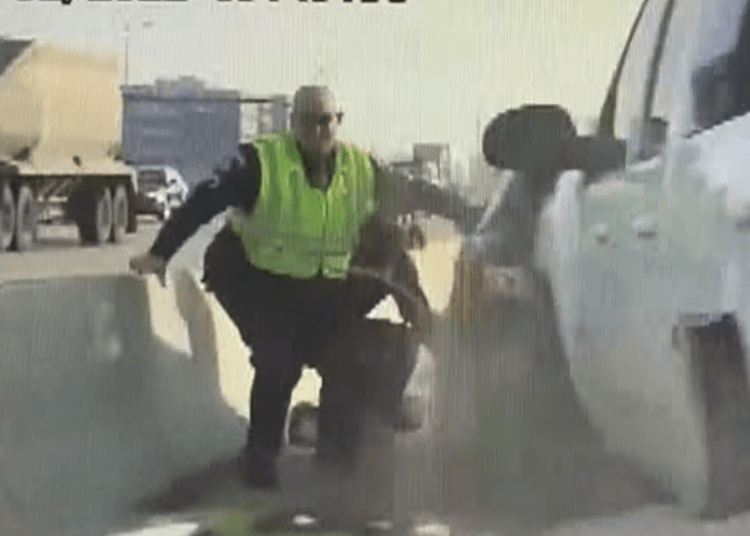 ADA COUNTY, Idaho — A dashcam video shows a trooper of the Idaho State Police and a stranded motorist he was helping were nearly plowed over by a pickup truck on the side of a highway Wednesday morning, authorities said.

The unidentified trooper was assisting a motorist who had a flat tire on I-84 in Ada County, Idaho State Police said.

The trooper’s patrol unit was situated behind the out-of-commission Toyota and had its emergency lights activated when its dashcam captured the harrowing moments, Fox News reported.

The video below shows a pickup truck suddenly slide onto the shoulder and smash into the rear of the Toyota. The trooper leaps back to avoid being struck and tumbles over the concrete median. Fortunately, the stranded driver also jumped out of the path of the oncoming truck.

The trooper sought treatment for minor injuries. The stranded driver also reported minor injuries, but did not require medical attention.

A preliminary investigation revealed that a vehicle was attempting to slow down before passing the patrol unit, Fox reported. However, it was rear-ended by another vehicle, causing a chain-reaction crash involving a total of four automobiles.