"I chased him with these sticks ‘cause had I got a hold of him, I would have beat him," Daphne Crowley said. 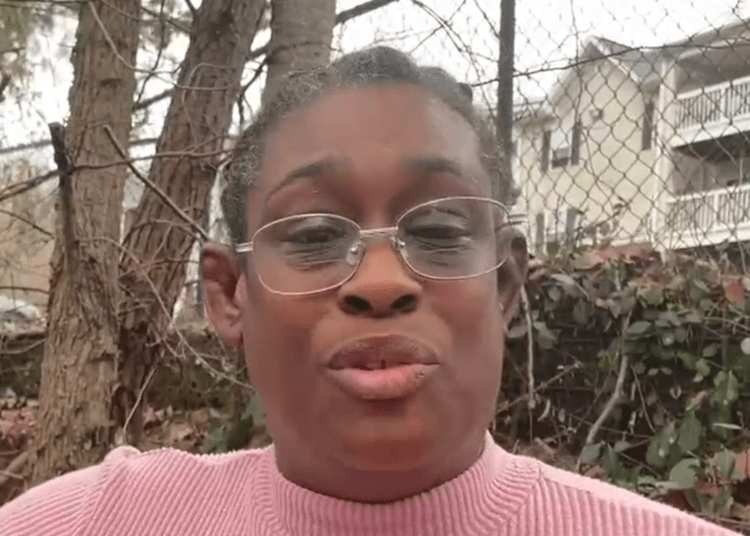 KNOXVILLE, Tenn. — A mother in Tennessee threatened to “put the wood” to a naked sex offender who reportedly entered her residence and was found wearing only a pair of her daughter’s new shoes as he made off with several additional items, according to reports.

While inside, Henegar, 27, reportedly placed a Milwaukee M18 impact drill and a Dewalt 20V handheld work light into a children’s Scooby Doo bag. Henegar also took several other items and put on a pair of shoes that belonged to Crowley’s daughter who was also inside the apartment, but apparently unaware of the intruder’s presence.

Crowley said she returned to her Knoxville apartment at about 12:25 p.m. and was waiting for her daughter to open the locked front door. Once she was in her apartment, both she and her daughter realized that a naked man was also inside.

The intruder was wearing nothing but a pair of new shoes that Crowley had given to her daughter for Christmas. The age of the daughter was not provided.

“I chased him with these sticks ‘cause had I got a hold of him, I would have beat him,” Daphne Crowley told WVLT, while displaying a pair of small tree branches. “But he ran down the street back into the pathway.”

“I’m calm now, but at the time I was literally shaking and cried because it’s scary. You think these people are in your house and they are sex offenders and you have your kids running around and you’re thinking you’re safe,” said Crowley.

Upon discovering the perverted intruder, she told her daughter to call 911 while she chased the suspect away.

Henegar was arrested and booked for aggravated burglary after police found Crowley’s grandchild’s toothbrush, toothpaste, and an impact drill in his possession.

Based upon things found in Henegar’s possession, Crowley believes the suspect has been in her home on a prior occasion, since he had items that were previously missing.

“Because when they found him, they found stuff that I knew I had bought and had been looking for,” she said.

She believes Henegar entered the apartment through a patio door that her grandchild left open. After this sobering experience, she plans to install a security system.