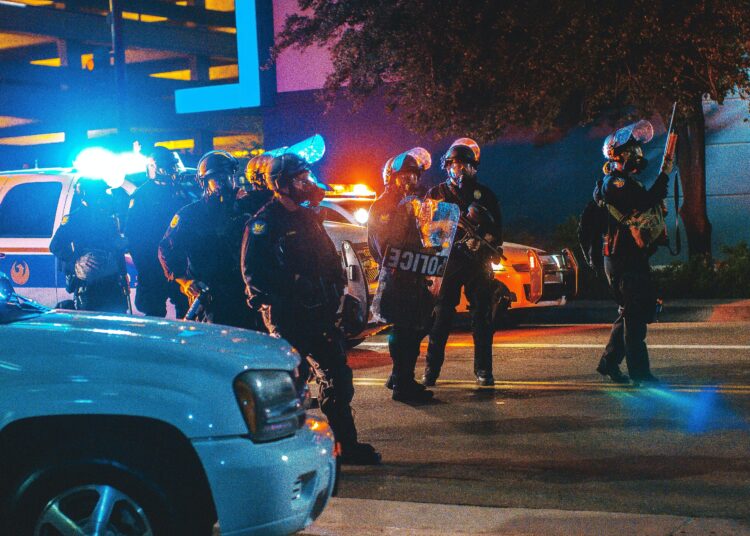 At a time when crime has surged in cities across the country, an increased number of police departments are grappling with near-historic labor shortages.

A reduced police presence has implications for everyone – from the cops who must carry extra workloads to the law-abiding who receive fewer police services.

A Look At the Numbers

Last June, the Police Executive Research Forum (PERF) sponsored a nationwide survey to determine the prevalence of police staffing shortages, and whether those numbers differed from the previous period. The organization asked police departments of varying sizes about their resignation and retirement trends, and recruitment challenges.

Of the 194 responding agencies, PERF found that on average, departments are filling about 93% of their available positions. Two years prior, an International Association of Chiefs of Police survey found that 78% of police departments had difficulty recruiting qualified candidates.

Though these numbers may seem insignificant to a casual observer, consider that they’re being outpaced by an approximate 45% increase in police retirements and 18% increase in resignations.

Statistics, percentages, and surveys can be useful tools, but they’re one-dimensional by design and don’t account for nuance and complexities.

For example, though smaller departments, per the PERF survey, saw an overall increase in hiring, larger departments experienced “dramatic reductions.” There could be a number of reasons for this trend, though I attribute it partly to cops migrating to cities where they feel their work is respected and appreciated.

An exodus of cops

New York City, with a population of more than eight million and about 36 thousand sworn police officers, saw 2,600 cops retire in 2020, representing an increase of 72% over the same period in 2019.

Similar scenarios are being played out in Milwaukee, Wisconsin, Portland, Oregon, Atlanta, Georgia, and other cities, most of which arguably are those with a vocal anti-police segment.

So while some departments have stable staffing numbers or are seeing an influx of police candidates, others are floundering.

For a police department to thrive, the number of candidates should be greater than 100%. The goal here is to have an overabundance of cops who exceed requirements and expectations.

One of the inherent results of a smaller applicant pool is that it dilutes the presence of diverse and qualified candidates. As a result, police departments run the risk of settling for cops who previously may not have been first, or even second choices.

Statistically, the higher the number of applicants in any pool, the increased likelihood of those who exceed the qualifications, which is a good problem for police departments to have.

Cops need physical and mental stamina, an even personality (can’t be a hothead or militant type, for example), have to navigate an environment where people could be either friend or foe, and be ready to react to potential danger in an instant.

It takes special people to fulfill these requirements.

Moreover, twenty-first century policing calls for officers to possess a cross-section of skills in addition to more traditional ones. They must now take on the role of problem solver, outreach worker, and medic. Police departments also need to be diverse enough to represent a cross-section of the communities they serve.

These things can only happen when police departments have an abundance of candidates from which to choose.

Not everyone gets this

Several years ago I approached a local newspaper editor to write an op-ed about recruitment challenges at the Madison PD. I explained how the number of applicants had been trending down since about 2014 and how it correlated with the negative landscape for police.

Not even when I tried to explain the statistical disadvantage of decreased applicant pools. He replied that 574 applicants was a good number that most industries would be grateful for.

When it comes to educating the public about policing issues, we have a lot of work to do.

How Poorly Staffed Police Departments Impact All Of Us

The quality of cops may be decreasing

While this is purely anecdotal, a few police officers have told me that candidate quality has been decreasing. It seems that generally speaking, these newer cops don’t have the same mental and physical stamina, critical thinking skills, and love for the job that veteran police officers have possessed.

Of course, these are stories from a handful of cops, but it makes sense. Fewer applicants means that police departments are at increased risk of having to settle for mediocre candidates, those that just meet -rather than exceed- the requirements.

A few years ago, a Madison police officer (since retired) told me he feared that the negativity being hurled at police would create an environment where the only people attracted to the job would be the very same types the critics accuse all cops of being.

The types he was referring to were militants, bullies, and second-rate cops who have little respect for due process or an interest in building relationships with the community.

As long as policing remains unappealing to qualified applicants, we may very well have to learn to start settling.

Borne from necessity, Madison officers are often on priority-calls like shots-fired (which have surged in recent years) for larger periods of time. This means that calls like noise complaints, dogs barking, fender benders, and such, are deprioritized.

Citizens have the option to self-report, but this isn’t the same as having contact with a real person – a professional who could respond with empathy and possibly prevent a larger crime from occurring.

Longer wait times also give the public the impression that cops aren’t doing their jobs, which contributes to the overall negative perception of police.

With cops in reactive mode, they have less time to devote to community outreach. Those mentorships, socials, ride-a-longs, listening sessions, and other community activities are what help build trust and humanize the badge.

Proactive policing, which builds on community policing and public trust, gives cops the opportunity to prevent crime before it can escalate into something more serious. Isn’t it more efficient and effective to resolve smaller problems than it is to pour resources on to major crimes?

Ironically, some who call for an increase in community and proactive policing don’t seem to understand that this requires well-staffed departments.

A would-be offender intent on committing a crime will be more likely to hesitate if there is a solid police presence.

Criminal offenders know that law enforcement has been weakened, and that even if they are arrested, bail reform initiatives mean there’s a good chance they won’t face consequences.

Inadequately staffed departments mean that cops have to pick up the slack, which depending on the shift, may include running from one high-stakes call to another. To compound this, time off requests get denied and long hours become the norm.

As a result, cops are exhausted, burned out, and demoralized, which in turn can lead to more human error.

Staffing problems may not plague all police departments, but they’re prevalent enough to effect many of us, as well as those we love. None of us are truly insulated from police staffing crises even if we live in cities that prioritize law & order – crime has a tendency to spill over to neighboring suburbs and cities. It’s an issue that impacts us all.