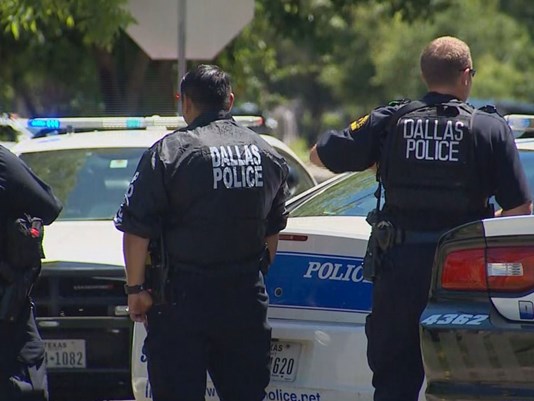 The alleged gunman who opened fire on paramedics in East Dallas late Monday morning was found dead in a home Dallas Police searched after the shooting, police said.

Another man was found dead inside the same home. Additional information was not immediately available on the deceased person.

WFAA reports that a firefighter was in critical but stable condition at Baylor University Medical Center after he was shot while treating a civilian with a gunshot wound.

Reports indicate that the firefighter was shot in the leg and an operation was conducted in an effort to “save the leg.”

The City of Dallas says Dallas Fire-Rescue crews from Station 19 were treating the gunshot victim in the 3200 block of Reynolds Avenue when the suspect approached and opened fire on the first responders.

Officers returned fire and the suspect ran into the home where he was later found dead.