If convicted, Cuomo would have to register as a sex offender 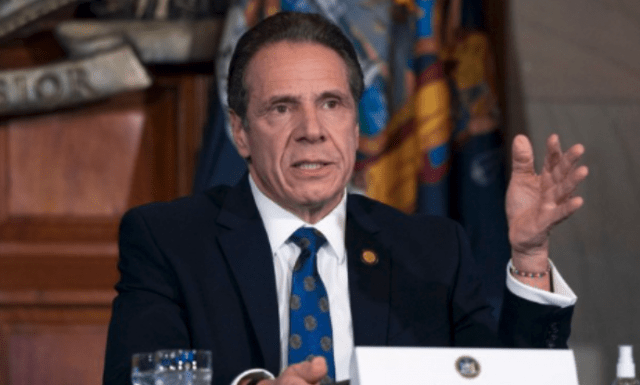 Former New York Governor Andrew Cuomo was charged Thursday with groping a former aide in Albany’s Executive Mansion. The misdemeanor criminal complaint filed in Albany City Court alleges that Cuomo, 63, “did intentionally, and for no legitimate purpose, forcibly place his hand under the blouse shirt of the victim…and onto her intimate body part.”

“Specifically, the victims [sic] left breast for the purposes of degrading and satisfying his sexual desire,” it adds.

The incident allegedly took place on the afternoon of December 7th on the second floor of the Executive Mansion, the governor’s official residence.

If convicted, Cuomo could be forced to register as a sex offender.

According to the New York Post, the name of the alleged victim was redacted from the complaint but a lawyer representing former Cuomo aide Brittany Commisso, 33, acknowledged it’s her. 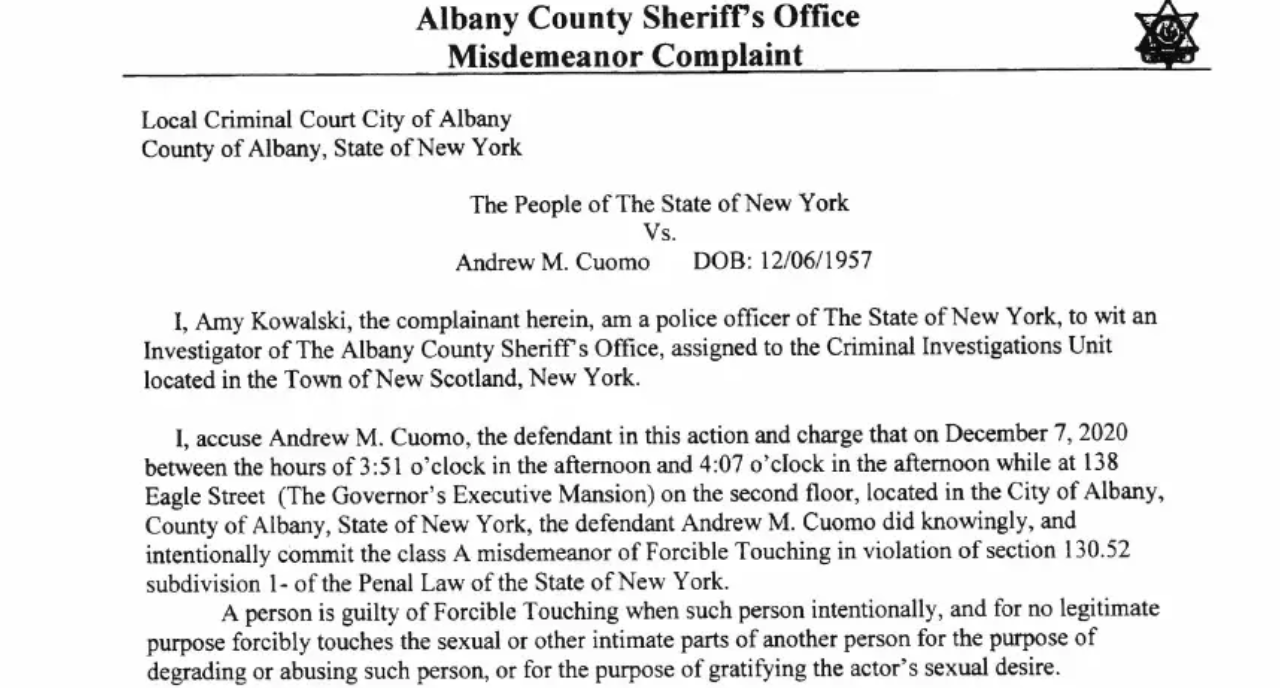 The complaint charges Cuomo with forcible touching, which carries a maximum sentence of one year in jail.

Cuomo is expected to surrender to authorities sometime next week to be arrested and booked.