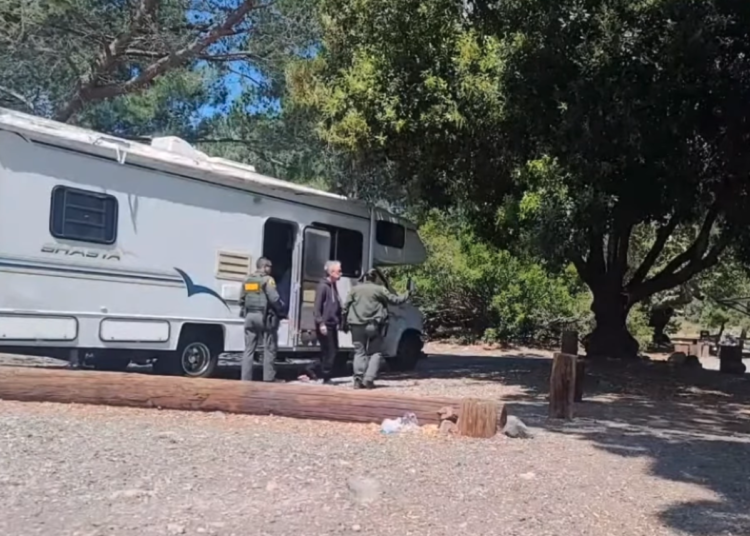 Andy Dick was arrested by the Orange County Sheriff's Department on Wednesday. (YouTube)

ORANGE COUNTY, Calif. – Comedian Andy Dick was taken into custody Wednesday at a campground in Orange County, California. He is accused of sexual battery, officials said.

Once the preliminary investigation was completed, Dick was arrested at the campground on suspicion of felony sexual battery, the Sheriff’s Department said.

The victim was taken to a local hospital for a sexual assault examination, according to the agency.

The comedian was subsequently booked at the Orange County Jail.

No further details regarding the criminal allegations or investigation were immediately available.

Youtube followers of Captain Content’s RV were able to watch the arrest as it took place.

Last November Dick was arrested on a felony domestic violence charge for allegedly hitting his boyfriend on the head with a liquor bottle, according to the Los Angeles Times.

The news outlet reported the comedian also has prior arrests, which include drug possession and groping.