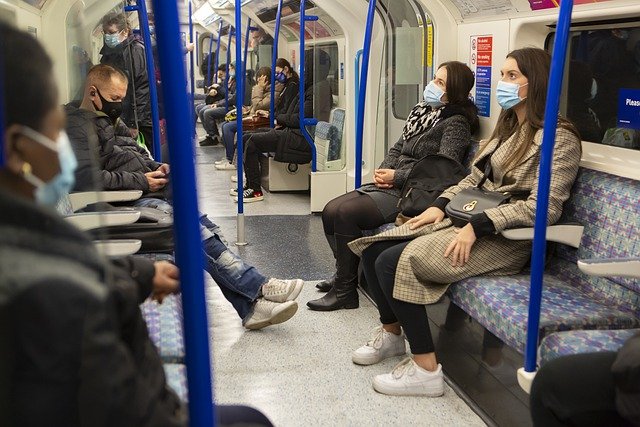 First and foremost, I wish to offer my sincere condolences to those who have lost loved ones during this pandemic. Secondly, I can realistically send encouragement to others who are fearful for their futures. It sucks, but it’s not all consuming. I am writing this archive of my battle with COVID-19 to help others who are currently or will battle the virus in the future.

My wife is very adamant about keeping her workout regimen intact, albeit, in a safe and prescribed manor. A couple of days after a safe and routine workout, she became sick with a headache, slight cough, and congestion on November 17.  Soon following, I came down with similar symptoms on the 19th.

On November 21, after four or five days of coughing and wheezing, Sandy tested positive for COVID-19. We were not overly alarmed. The symptoms were generally mild compared with the media described portrayal of the virus. I immediately called my doctor and he prescribed medications for both Sandy and me. Three days after I started my treatment regiment, I also tested positive on November 23.

As the week lurched forward, the symptoms stayed relatively the same. Mild headache, more annoying than painful. Respiratory distress, in that a deep breath was met with a sharp cough. It seemed as though only half of lung capacity was achievable without resorting to a fit of short bursts of coughing. The cough was deep, and was met with the expectations of coughing up phlegm, but this relief was repeatedly just out of reach. Sore throat was mild but persistent for the wife. I had little to no issues with my swallowing. These three symptoms stayed constant for the remainder of the week. Ironically, neither of us had any issue with a fever.

Into week two, Sandy seemed to improve at a slow pace and I was still working around the house five or six hours per day with little or no issues. Fatigue was not an issue and I was determined to work through my discomfort. But, as a product of the medications, I now had the runs. This forced me into the bathroom every two hours like clockwork. Not trying to be too graphic, but attempting to be factual, I found out what hemorrhoids were. This amounted to another trip to the drugstore. (Yes, I was trussed up like a rag doll with double masks and gloves.)

On a lighter note, when I would blow my nose, it would burn similar to a feeling of effervescence in my nasal cavity. The only way to describe this is, remember when you were a kid drinking soda pop and somebody made you laugh while swallowing. The carbonated liquid came back up through you nose and caused a burning sensation.

Around day 10 or so, the wife was remarkedly improved while I seemed to digress. Her cough remained, but seemed not as deeply manifested as the previous week. I on the other hand fell off the cliff. My temperature rocketed to 103 for three days continuously. Concerned, the first day I reached out to my doctor and he instructed me to take Motrin, Advil or similar product to reduce the fever. Every four hours more pills were swallowed. Temperature was retaken and pills were again swallowed.

I began to cramp up across my shoulders and when I urinated, my stream was dark yellow with an orange tint, proof that I was severely dehydrated. My wife forced me to drink water by the glass. Every time I would finish the glass, she would hurriedly refill it. I hate water.

The first two evenings with the fever were spent with layers of clothes, a bathrobe and blankets watching TV unable to warm up. Then, off came the layers and beads of sweat started rolling of my forehead and shoulders. From chills to sweats. After repeatedly awaking in the middle of the night in a pool of sweat, the third night proved the worst, but also the best. I awoke to being completely soaked and literally dripping. Taking more Motrin and a fast shower, I now sat in my chair blindly gazing at the TV. The fever was finally down. For the next 10 or 12 hours, I popped a single Motrin into my mouth to keep the lid on the fire inside me. After another few hours I declared victory. Fever gone.

Sandy and I consider ourselves on the way to recovery. We fully understand that we cannot push ourselves physically, but we can see the light at the end of the tunnel.

I wrote this to possibly guide others who are in this unfamiliar area of the virus as we were. Too much is said about it, but not enough helpful knowledge is out there. If you take anything away from this COVID-19 trip of mine, it should be the following:

Segregate yourself as soon as you show the symptoms described.

And above anything, remember that the cure is right around the corner. Hang in there.

View Larry Casey’s website at www.StoriesofaChicagoPoliceOfficer.com and review his book by the same name. Makes a great inexpensive Christmas gift.