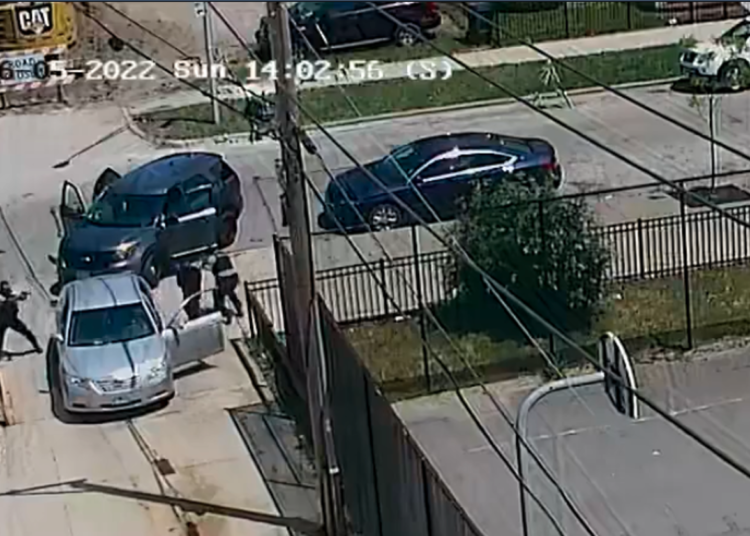 CHICAGO – Chicago’s Civilian Office of Police Accountability released a dramatic video that shows a gunman opening fire point-blank at a group of police officers during a traffic detention.

The shooting occurred June 5 in the city’s West Englewood neighborhood. One of three officers involved in the incident was injured. The suspect was identified as 27-year-old Jerome Halsey. He is now facing charges including attempted murder and aggravated assault, Fox News reported.

The video first shows a silver Toyota Camry turning on to a dead-end street before the officers traveling in what appears to be an unmarked SUV pull up to its rear.

Three officers exit the vehicle with a sense of urgency with at least one of them appearing to draw a duty weapon.

As the trio approach the Camry, Halsey “exited the vehicle with a handgun and discharged the handgun at the officers, striking one of them,” according to an arrest report.

One of the officers returned fire, striking Halsey before he was taken into custody at the scene, Fox32 Chicago reported.

Although it is unconfirmed, the video appears to show the wounded officer transported from the scene in the SUV.

A short time later, an ambulance arrives and the gunman is transported to the University of Chicago Medical Center in serious but stable condition.

The wounded officer was identified as Erik Moreno. He was struck twice, once in the arm and also the torso. He spent about a week in a hospital following the gunfire, according to Fox32.

Prosecutors say officers observed Halsey driving erratically and “at a high rate of speed” before they attempted a detention. Police discovered a bag containing several extended magazines in the vehicle.