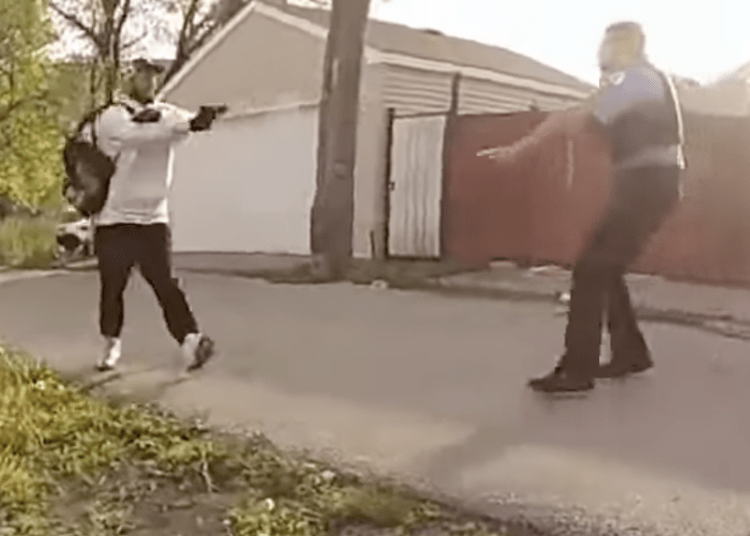 Consequently, this policy change has created one of the most dangerous scenarios we have ever seen, as officers responded to a ShotSpotter alert of gunfire in the morning of May 16, 2021. Chicago PD officers observed a suspect—holding a gun—who was later identified as 45-year-old Bruce Lua. What happened next is an example of how failed leadership awful policy-making has endangered law enforcement officers.

Besides, as every criminal in Chicago knows, woke politicians have created an environment that enables criminals to not only defy police orders—but to walk round a neighborhood with a gun after shots were fired in that same neighborhood.

As officers approached, the suspect simply walks away—knowing that Chicago police policy not only prohibits police from being the police, but now prohibits them from pursuing suspects on foot.

Within the first minute of the encounter, officers told the suspect seven times to drop the weapon as he walks away. They follow him, without cover or concealment, being careful not to run and violate policy by pursuing the suspect.

Two minutes into the “walk-pursuit,” one officer made an error of epic proportions according to Chicago policy: the officer began a brisk walk that could almost be interpreted as running. After a few seconds, the officer corrected himself, because Mayor Lightfoot would never want a violent criminal in Chicago to actually be stopped or apprehended.

The suspect walks by countless homes, cars and untold citizens with his gun in hand.

The “walk pursuit” could have gone on inevitably. But just over three minutes into the event, Chicago PD officers got out of a car—and the suspect immediately shot both of them.

The officers walking behind the suspect returned fire, shooting Lua in the leg, who appeared surprised that he was shot. Lua survived and has been charged with attempted murder and aggravated battery. Both of the injured officers survived.

Go Woke and Get Hurt

This incident should disgust every single American and should be a wake up call to every police officer. Multiple officers place themselves in the line of fire. And while “walking” after violent criminals may be a great way to get your steps in, it is evident that whatever policy or reform or complete nonsense that politicians continue to impose on law enforcement, they are forgetting the most important thing: violent criminals will not stop being violent. 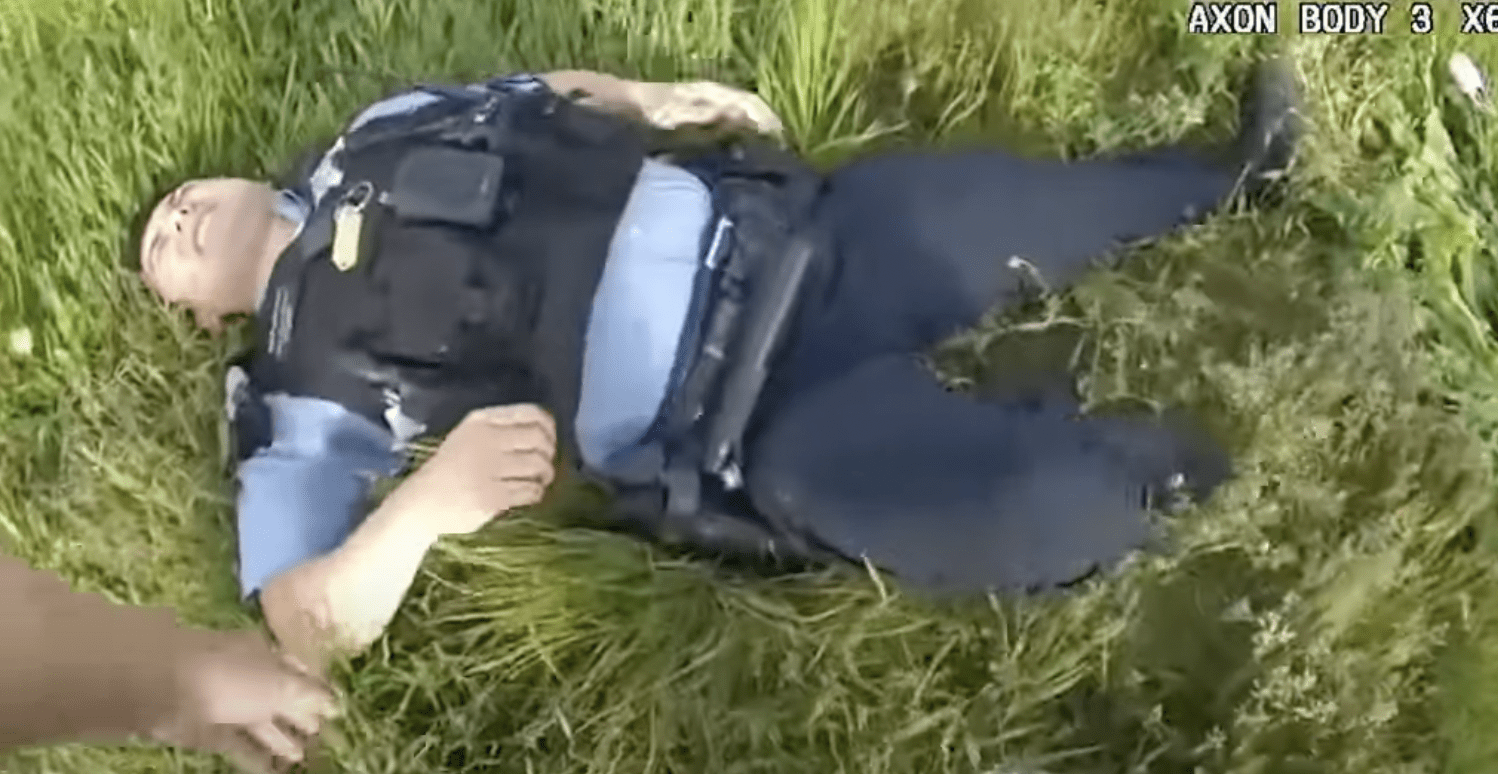 All the virtue signaling and silly policies will never make communities safer and they only serve to place police officers in dangerous situations that should have never been.

Frankly, every cop in Chicago should be considering an exit strategy. It is fortunate that these officers survived and while the responding officers should have just left, we understand why they strolled behind.

So one thing is clear: Mayor Lightfoot has done nothing to improve public safety in Chicago. And now she’s enacting policies that are consequently getting officers shot.

The men and women that wear the badge do it to protect citizens but in cities like Chicago, it is obvious that the decision makers don’t want them to do that. They would rather cops get shot or worse in the name of wokeness and for that reason, it is time for Chicago cops to go.

Chicago can be saved but it will take the citizens to wake up and send a direct message to the politicians that have created one of the most dangerous environments we have ever seen for law enforcement.

So to the men and women of the Chicago Police Department, safety is not up to you anymore. Law enforcement simply cannot be expected to die for no other reason than the violent criminals are being protected at far too much of a cost.

We can only hope that politicians will take responsibility and hold themselves accountable for allowing violence and endangering the lives of police officers, as this case unfortunately proves.