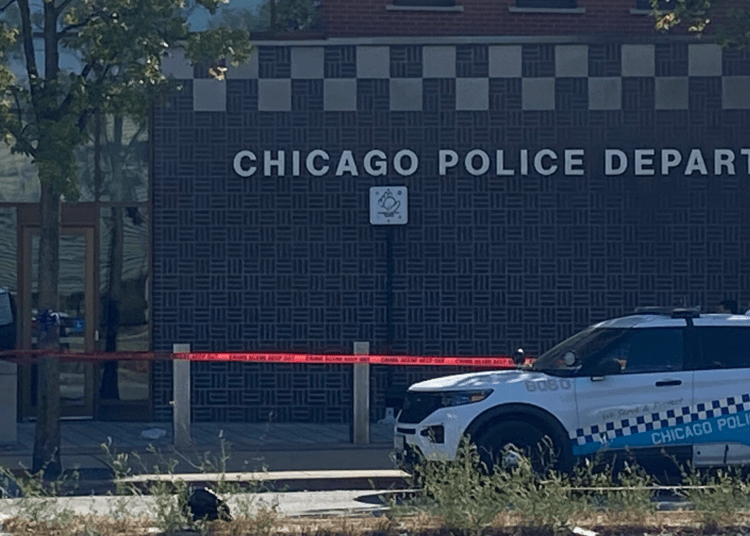 The lobby of the Chicago Police Department's 10th District station was the scene of an officer-involved shooting on Wednesday. (Chris Tye - Twitter @TVTye)

CHICAGO – Police engaged a man with gunfire inside the lobby at the Chicago Police Department’s 10th District station on Wednesday, authorities confirmed.

A male adult was transported to Mt. Sinai Hospital with a gunshot wound, according to the Chicago Fire Department. Although fire officials said the individual was not in custody, police spokesman Tom Ahern later said the offender was in custody.

Ahern also said the suspect’s condition is stable, and police recovered a weapon at the scene of the shooting, CBS Chicago reported.

Man shot in the lobby of CPD’s 10th District. He was not in custody at the time. He was transported to Mt Sinai.
Ogden is closed at Kedzie. Legacy Charter School is across the street. Heavy police presence. @cbschicago pic.twitter.com/Sggsc3tQ7p

However, it was not clear what led to the officer-involved shooting.

CPD is expected to release more information later in the day.

Crime scene tape was strewn outside of the police facility, located at 3315 West Ogden Avenue, on Wednesday afternoon. The road was also closed from Spaulding to Kedzie.

UPDATE: Chicago Police Department Superintendent David Brown said the male suspect entered the lobby just prior to 1 p.m. with a plastic bag wrapped around his hand. It appeared to police personnel that the barrel of a gun was protruding from the bag, as the man was mumbling and ranting.

Officers ordered the suspect to drop the weapon, yet he was non-compliant. Brown said the suspect shouted and expressed “anti-police sentiments” at officers, although he declined to give more details on what the person said, CBS Chicago reported.

Brown added that multiple officers drew and fired, striking the suspect at least once in the arm.

The suspect’s identity was not disclosed.