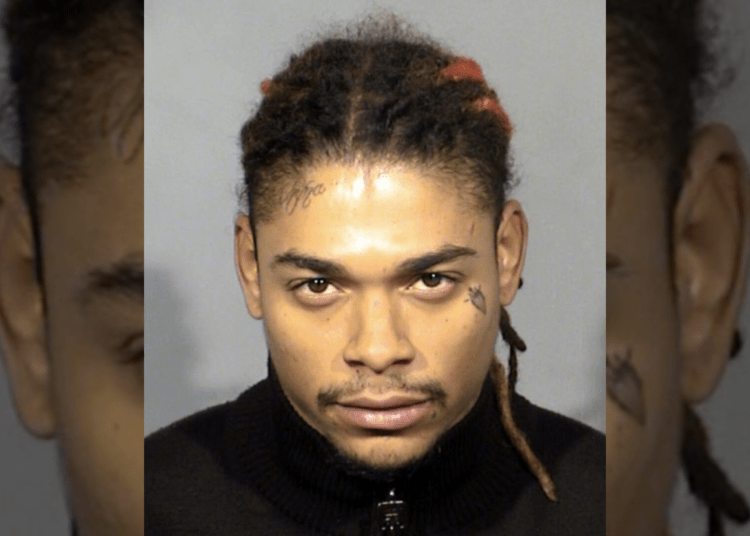 LAS VEGAS — A Nevada man is charged with four counts of willful or malicious torturing, maiming or killing a dog, cat or other animal after he was accused of hanging his dog from a fence on multiple occasions.

On Oct. 4, the manager of Dylan’s Double Deuce called police and animal control, as a witness to a suspect, later identified as Carlos Fonseca, 29, allegedly hanging a dog named Lady from a fence, KVVU-TV Las Vegas reported.

The hangings reportedly occurred on multiple occasions, with the dog able to free itself. However, every time the dog wiggled out of its perilous predicament, the suspect allegedly grabbed her and put her back. On the fourth attempt, the dog died.

Police searched the area, thinking Fonseca lived nearby, and confirmed he had the dog in his care prior to the incident.

During the investigation, Las Vegas detectives released surveillance footage showing the suspect walking the dog on a leash into the parking lot on S. Nellis Boulevard and hanging it. After the video was publicized, Fonseca abruptly left work claiming a family emergency.

Police contacted his girlfriend. She confirmed the two lived together and had recently gotten into an argument. She said they owned a Japanese Tosa and confirmed their dog was the one in the surveillance videos, according to KVVU-TV.

She said when Lady disappeared from their home, “she did not ask questions but assumed that Carlos had returned her to the original owner because they wanted a different dog.”

Fonseca was subsequently taken into custody on Tuesday, according to court records. His next court hearing is scheduled for Monday.