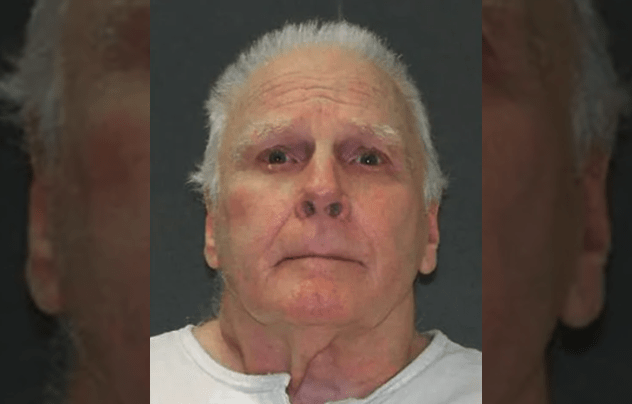 HUNTSVILLE, Texas – Carl Wayne Buntion was executed at the Texas state prison in Huntsville on Thursday. He murdered a Houston police officer during a traffic stop nearly 32 years ago. At 78, he was the oldest inmate on death row in Texas.

Buntion was convicted of capital murder for the June 1990 fatal shooting of Officer James Irby of the Houston Police Department, NBCDFW reported.

A tribute to Irby on the Officer Down Memorial Page reads as follows:

Officer James Irby was shot and killed when he stopped a car for a minor traffic violation.

As he was talking with the driver, the passenger exited the vehicle and shot Officer Irby five times with a .357 handgun.

The suspect was convicted of Officer Irby’s murder and subsequently sentenced to death. He was executed on April 21, 2022.

Officer Irby had served 17 years with the Houston Police Department. He is survived by his wife, son, and daughter.

The U.S. Supreme Court declined a request by Buntion’s attorneys for a stay of execution.

Buntion, who had an extensive criminal record, had been on parole for just six weeks when he shot and killed Irby, who was 37 at the time of his death.

Before he was murdered, Irby talked of retirement and spending more time with his two children, who at the time were 1 and 3 years old, according to his, Maura Irby.

“He was ready to fill out the paperwork and stay home and open a feed store,” Maura Irby, 60, said. “He wanted to be the dad that was there to go to all the ballgames and the father daughter dances. He was a super guy, the love of my life.”

Buntion’s attorneys exhausted all appeals at the state and federal level prior to his execution. The Texas Board of Pardons and Paroles on Tuesday also rejected his clemency request, NBCDFW reported.

With his execution by lethal injection, Buntion became the oldest person Texas has put to death since the Supreme Court lifted its ban on capital punishment in 1976.

Although the execution stirred up painful memories, Maura Irby said it also reminded her of her advocacy work in public safety following her husband’s untimely death, including her assistance with legislation that allowed victim impact statements at trials.

Irby said she and her children hope that the execution will close a painful chapter in their lives.

“So, I hope Jimmy will finally rest in peace and then we can all kind of breathe a sigh of relief and just keep him in our prayers now and in our hearts,” Irby said.