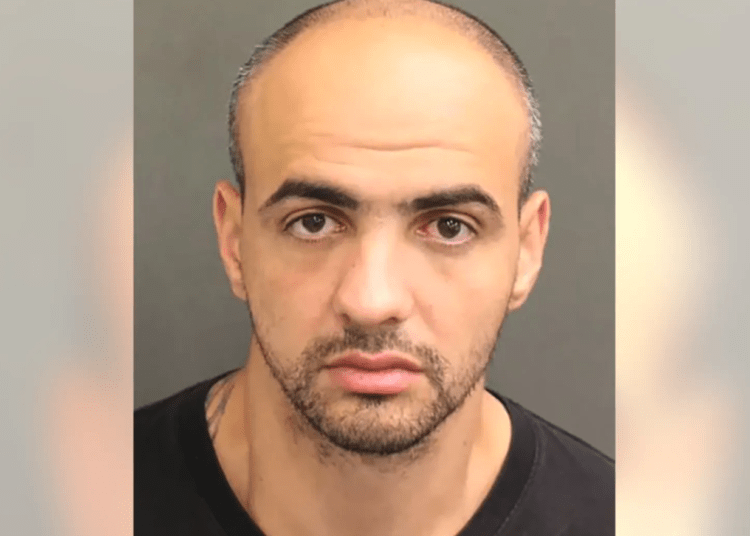 ORANGE COUNTY, Fla. – A carjacking suspect in Florida was arrested Monday and confessed to killing a man in a prior case before leading investigators to the body, according to reports.

Deputies were initially called around 10 a.m. Sunday to an armed carjacking near Orlando. The suspect was identified as Alexander Acs. He is accused of slashing the victim with a box cutter and stealing the victim’s vehicle.

The unnamed victim was rushed to a local area hospital and is expected to survive, FOX 35 Orlando reported.

Authorities eventually located and arrested Acs, 33, who was taken to the sheriff’s office. Detectives interviewed the carjacking suspect and he reportedly had a lot to say.

According to law enforcement officials, Acs confessed to killing a man at an Orlando-area apartment last week with a piece of asphalt.

After his confession he accompanied detectives to the 4400 block of S. Rio Grande Ave. Upon arrival his story was corroborated as investigators discovered a badly decomposed body, according to the sheriff’s office.

Deputies said Acs arrived in the area on Jan. 7. He was reportedly trying to find an ex-girlfriend that he apparently victimized in the Tampa area. She had subsequently pursued charges against him. Acs said he wanted to “take everything from her” and leave the country, according to an arrest affidavit.

While in central Florida, Acs stayed with someone in the area who was not identified in the affidavit, when he apparently became upset with the man, FOX reported.

Acs struck the man over the head with a “large piece of asphalt,” on Jan. 11, before tying him up. After binding the victim, Acs struck him at least two more times, leaving the man dead, according to the affidavit.

After the homicide, Acs told authorities he “wandered Orlando, sleeping in the woods” as he attempted to find a male friend of his former girlfriend.

Acs contacted the man on Sunday, which led to the carjacking, according to the affidavit.

The criminal defendant told detectives he planned to plead guilty to the murder with the ambition of receiving the death penalty, authorities said.

Acs reportedly said he would “kill a corrections officer in hopes that gets him the death penalty” if the state does not condemn him to die on the murder that he confessed to committing, authorities said.