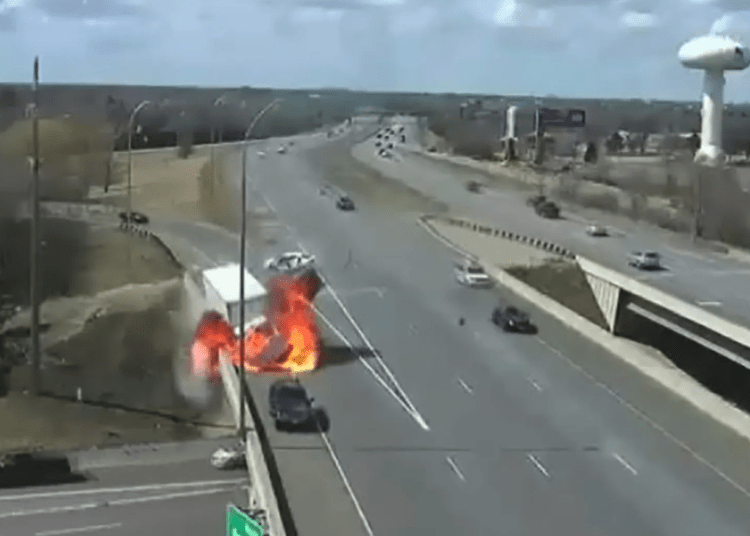 SPRING LAKE PARK, Minn. – The Minnesota State Patrol released video showing a fiery collision that occurred Monday after a reckless car merged onto a highway and collided with an oncoming cargo truck.

In video shared by the Minnesota Department of Transportation, a passenger car is seen taking the turn on the ramp too fast and skidding across the grass directly into the travel lane of the box truck.

The broadside crash occurs and the truck loses control and collides into the barrier along the right side of the highway. The truck bursts into flames shortly after the crash.

As the video continues, a person can be seen exiting the burning truck while a thick, black plume of smoke engulfs the area, FOX reported.

The driver of the passenger vehicle showed suspected signs of impairment and is currently being processed for DUI.

Spring Lake Park is located about 14 miles north of Minneapolis.