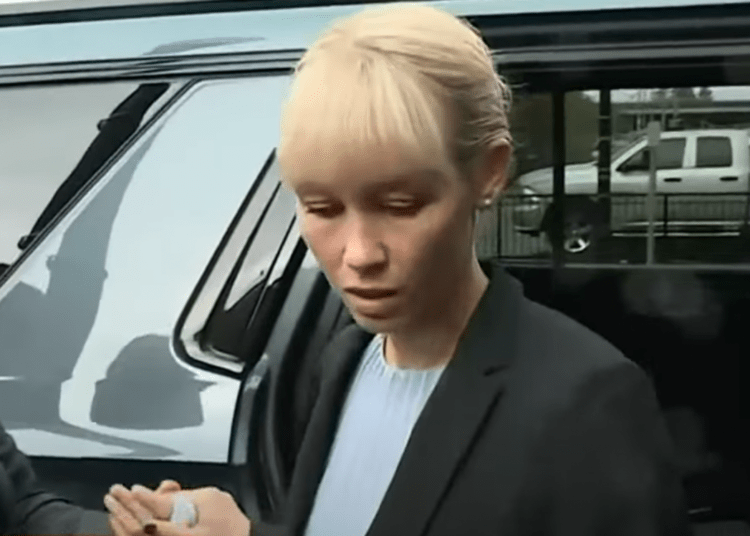 REDDING, Calif. – The California woman referred to as a “super mom” before it was learned that she faked her own kidnapping and lied for years about being abducted and tortured by a pair of Hispanic women was sentenced Monday to 18 months in prison, according to reports.

Sherri Papini, 40, was harshly criticized as a “manipulator” by US District Judge William Shubb before he issued her punishment, the New York Post reported.

“People don’t like to be conned,” Shubb admonished, according to the Sacramento Bee. “And I don’t believe those people who were deceived would believe that one month or eight months is sufficient.”

Shubb settled on the stiffer sentence even though prosecutors only sought eight months. He said it’s to deter other potential hoax plotters — and because of the “sheer number of people who were impacted,” the Associated Press reported.

Prior to learning her fate, Papini read a prepared statement acknowledging her crimes, according to the Bee.

“I am guilty of lying. I am guilty of dishonor. I stand before you willing to accept. To repent and to concede. I trust in this court. I trust the officers handling my release and I trust in you, your honor, to see me, to hear me,” she said.

REDDING, Calif. – Sherri Papini, 39, has pleaded guilty to faking her own kidnapping several years ago. The Northern California woman admitted guilt on Monday to a count each of making false statements, and mail fraud, online records show.

Under the terms of the previously reported plea agreement, Papini agreed to pay at least a total of $309,686.33 to the California Victims Compensation Board, United States Social Security Administration, Shasta County Sheriff’s Office, and the FBI. Though the court can hand down a higher sentence, prosecutors will recommend a “low” sentence under the guidelines, Law&Crime reported.

“I am deeply ashamed of myself for my behavior and so sorry for the pain I’ve caused my family, my friends, all the good people who needlessly suffered because of my story and those who worked so hard to try to help me,” Papini said in a statement released through her attorney. “I will work the rest of my life to make amends for what I have done.”

Papini is scheduled to be sentenced July 11.

REDDING, Calif. – Sherri Papini, the woman who became known as a California “super mom” after her disappearance and mysterious reappearance sparked a frantic three-week search in 2016, lied about being kidnapped and was staying with an ex-boyfriend, federal prosecutors said.

Papini, 39, of Redding, California, was charged Thursday, more than five years after making international headlines due to the elaborate charade, the New York Post reported.

“Put Papini in the same category as Jussie Smollett,” said a California police investigator who was unrelated to the case.

Papini even gave FBI sketch artists a detailed description of her purported attackers after being found on Thanksgiving Day, a ruse she maintained for years, according to criminal charges.

“In truth, Papini had been voluntarily staying with a former boyfriend in Costa Mesa and had harmed herself to support her false statements,” the US Attorney’s Office for the Eastern District of California said in a press statement.

Prior to vanishing, Papini allegedly went for a jog near her home in Northern California, about 215 miles north of San Francisco, according to the New York Post.

The woman’s husband, Keith Papini, passed a polygraph (lie detector) test after her disappearance. All he found was her cellphone and earphones when he went looking for her after she failed to pick up their children at daycare. 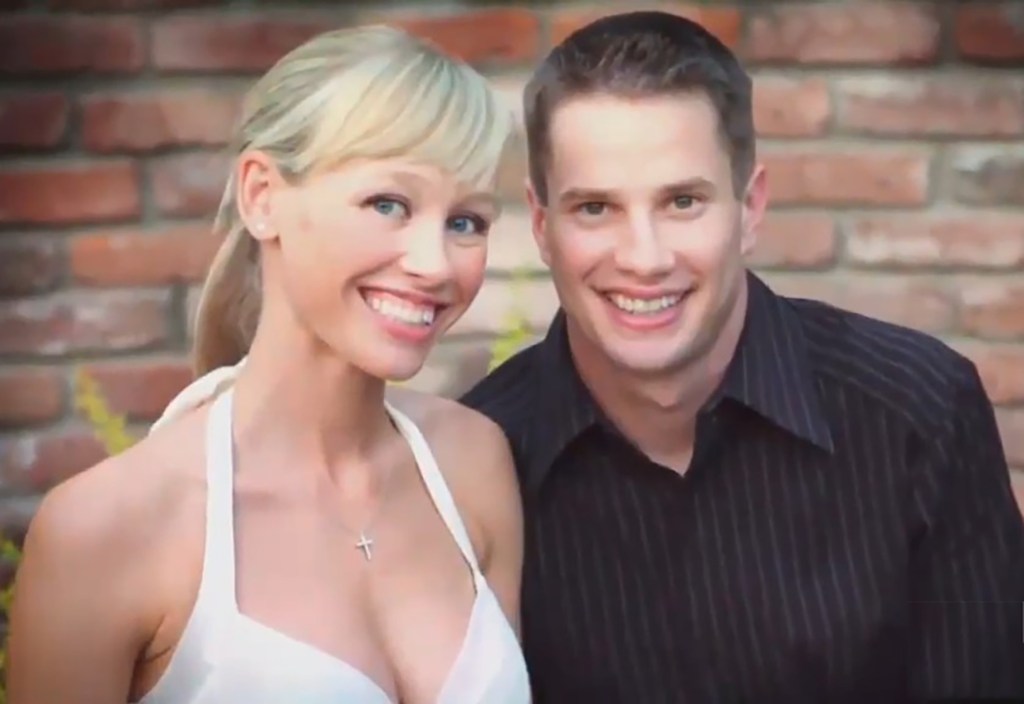 When she surfaced weeks later about 150 miles from home, she had a swollen nose and was wearing a chain around her waist and one arm along with additional bindings around her other wrist and each ankle, according to a court filing Thursday.

Papini told investigators she had been kidnapped at gunpoint by two Hispanic women. The ongoing theatrical performance has riled the League of United Latin American Citizens.

“Once again, we’re attacking Latinos and putting them into a box and using xenophobic and racist attitudes toward Latinos,” LULAC’s Texas director, Rudy Rosales, told the New York Post. “She’s perpetuating a negative stereotype of Latinos in general. That’s unacceptable and shameful, quite frankly.” 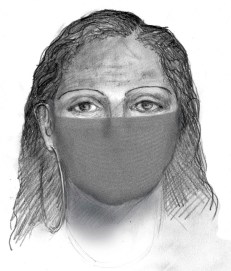 One of the sketches released of an alleged abductor. (FBI)

Papini was still trying to deceive police about the alleged abduction in August 2020 when she was interviewed by a federal agent and a local detective, according to the charges.

Investigators showed her evidence indicating she had not been kidnapped and warned her that it was a crime to lie to a federal agent. Nevertheless, she continued to provide false statements without budging from her tall tale, the charges allege.

Moreover, Papini’s charade proved profitable since she was reimbursed more than $30,000 — in about 35 payments — by the California Victim Compensation Board based on her false story, officials said. 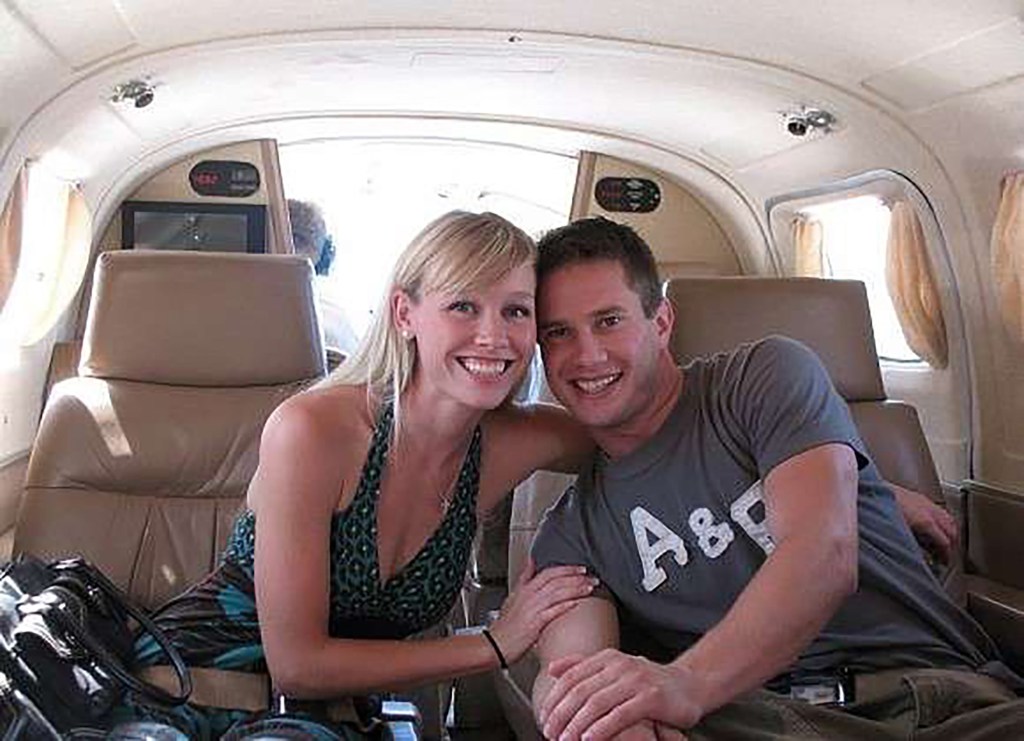 Sherri Papini had been reimbursed more than $30,000 by the California Victim Compensation Board. (Facebook)

“When a young mother went missing in broad daylight, a community was filled with fear and concern,” US Attorney Phillip Talbert said in a statement, the Post reported.

“Ultimately, the investigation revealed that there was no kidnapping and that time and resources that could have been used to investigate actual crime, protect the community, and provide resources to victims were wasted,” he added.

Male DNA on Papini’s body and clothing eventually led to a former boyfriend in 2020, according to a court filing.

The unidentified man told investigators that Papini stayed with him during the time she was gone, and said she had asked him to come to Redding to pick her up, though he said they never had sex.

The ex-boyfriend said Papini had told him that her husband was abusive and that local police were not investigating the incidents, the Los Angeles Times reported, citing the complaint.

“Papini told him that her husband was beating and raping her and she was trying to escape,” the complaint states.

The Shasta County Sheriff’s Office did not have any domestic violence reports filed by Papini, according to the filing.

The ex told investigators that Papini cut her own hair and beat herself to create bruises and burned herself, according to the LA Times.

“Ex-Boyfriend said he helped her create some of the injuries, although he never laid his hands directly on her; for example, she told him, ‘bank a puck off my leg,’ so [he] shot a puck off her leg, lightly,’” the complaint said, according to the paper.

Shasta County Sheriff Michael Johnson said, “Everyone involved in this investigation had one common goal: to find the truth about what happened on Nov. 2, 2016, with Sherri Papini and who was responsible.”

That exhaustive search and five-year probe not only cost money and time, he said, “but caused the general public to be fearful of their own safety, a fear that they should not have had to endure.”

On Thursday, Papini was arrested on charges of making false statements to a federal law enforcement officer and engaging in mail fraud, officials said.