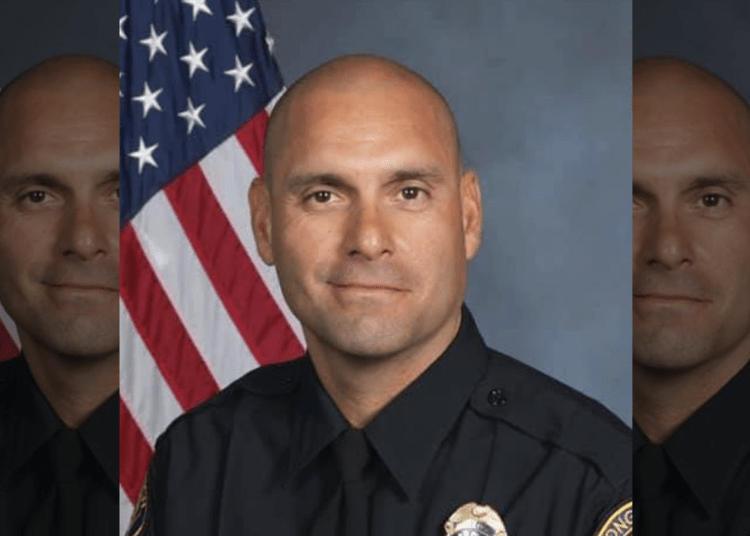 LONG BEACH, Calif. — The Long Beach Police Department (LBPD) sadly reports the death of one of their officers from an apparent suicide outside the department’s east division substation on Saturday afternoon.

Detectives are actively investigating while the coroner’s office is working to finalize a cause of death. Nevertheless, authorities said they are “heartbroken” as they believe the death is a suicide, LBPD expressed in a tweet.

We are heartbroken over the passing of one of our officers, who was found deceased from an apparent suicide on Saturday Afternoon. Please keep our officers' family, friends, and loved ones in your thoughts and prayers as they grieve during this very difficult time. pic.twitter.com/5usMAmtWNk

Zamora, 44, was a 20-year police veteran. He had “a very distinguished career, and was especially noted for his work within the Gang Detail.” The officer was known for helping create innovate ways to combat gang violence and earned recognition for his work on hate crimes and human trafficking, according to the news outlet.

Zamora was key in developing the gang prevention strategy run out of the Long Beach City Prosecutor’s Office, which included a plan of action like free tattoo removal for gang members and programs to help them find jobs, City Prosecutor Doug Haubert said.

The entire CP office is devastated. Chris Zamora was embedded in our office from 2010-2019 and was the architect of our Gang Prevention Strategy, including jobs & free tattoo removal for gang members. Beloved by all. Can’t believe he’s gone https://t.co/JbIfOHee52

Officers were in the substation’s parking lot at 3800 E. Willow Street when they discovered Zamora’s body in a vehicle shortly after 3 p.m., according to the Long Beach Post News.

“Please keep our officers’ family, friends, and loved ones in your thoughts and prayers as they grieve during this very difficult time,” LBPD said in a statement.

Zamora “was always uplifting” while working with youth in some of Long Beach’s most underserved neighborhoods, said State Sen. Lena Gonzalez, who credited him with leaving a “positive imprint in our communities.”

Today, my thoughts are with LB Officer Christopher Zamora & his family.

As an LB Councilwoman, I had the honor of working with him in some of LB’s most underserved neighborhoods. He was always uplifting with LB youth and left a positive imprint in our communities…may he RIP. pic.twitter.com/ZIkROqMSrg

“We continue to recognize that suicide is a crisis within our profession,” LBPOA said in a statement. “Help is available 24/7 for those who are suffering. You are not alone and it is OK to seek help when you are hurting.”