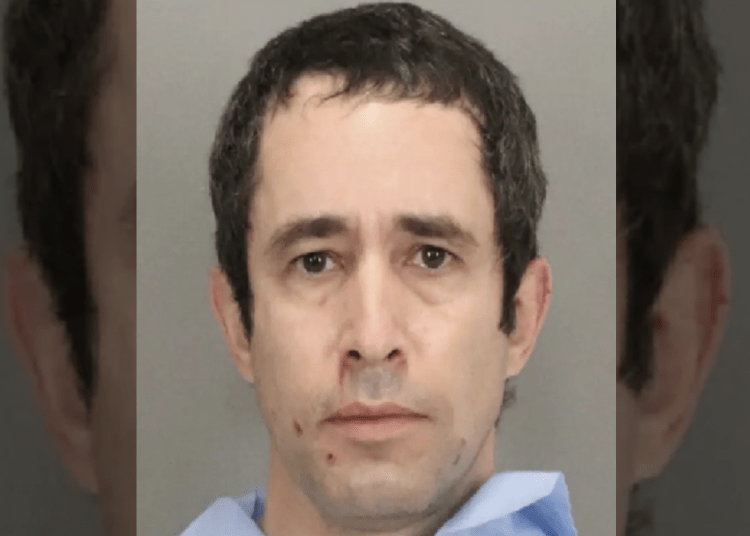 Leonid Yamburg confessed to the murder of his wife and daughter on Wednesday, police say. (Sunnyvale Department of Public Safety)

SUNNYVALE, Calif. — A California man has been charged with killing his wife and 11-year-old daughter after he walked into a police station this week and confessed to the crime, investigators say.

Sunnyvale resident, Leonid Yamburg, was “immediately detained by officers” following his admission Wednesday, according to the city’s Department of Public Safety.

“This is a horrific tragedy and our hearts are broken for the victims, the victim’s families and the victim’s friends,” the department said in a statement.

According to law enforcement authorities, Yamburg, 51, first entered the police department and “told a records clerk he killed his wife.” As a result, officers responded to Yamburg’s home to confirm his confession. Upon arrival they discovered bodies of a woman, identified as Svetlana Nikitina, and the man’s 11-year-old daughter, the statement added.

The cause of death is still being reviewed by the medical examiner. However, Capt. Craig Anderson said, “It did appear that both the 11-year-old daughter and the wife did sustain some significant head trauma,” KTVU reported.

The motive for the murders was not immediately clear.

“Certainly the significant head trauma suggests a crime of rage particularly if there were more blows to the head than just one,” said Legal Analyst Steve Clark.

The station reported that Yamburg — who now faces two counts of murder — stopped talking with police after his initial confession.

Nikitina’s body was found in the garage and the child’s body was located in a bathroom, according to KTVU.

Police said the Yamburgs had lived in the neighborhood for at least a decade. Neighbors said the family kept to themselves, didn’t cause any trouble.

“There wasn’t indication of anything that’s happening, no indication at all that’s why people are so shocked,” said Neighbor Sanjoy Mondal.

A LinkedIn profile purportedly belonging to Yamburg says he is a software engineer, while Nikitina was a resource teacher who worked with special needs children in the Cupertino Union School District.

“We are so saddened by the tragedy and are working to support our students, staff and community during this very difficult time of tremendous loss,” said Leslie Mains, associate superintendent of the district.

Law Officer is the only major law enforcement publication and website owned and operated by law enforcement. This unique facet makes Law Officer much more than just a publishing company but is a true advocate for the profession.
Share and speak up for justice, law & order...
Tags: Leonid YamburgSunnyvale Department of Public SafetySvetlana Nikitina