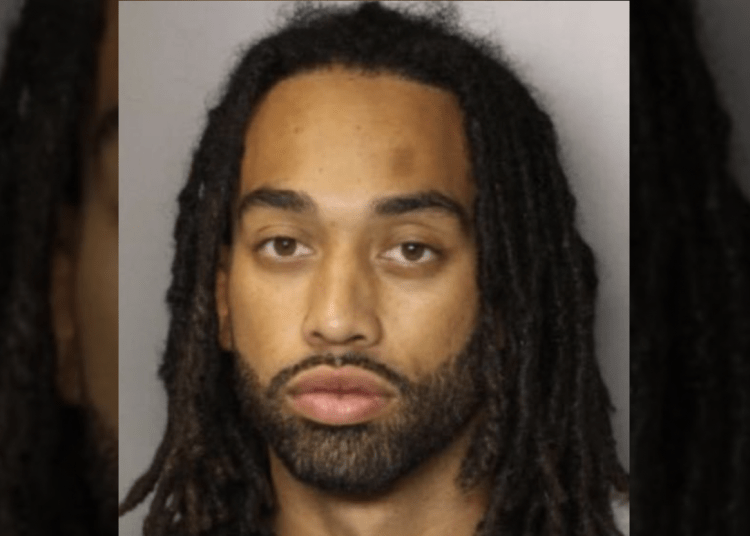 Raymond Weber is being held on two counts of murder in the death of two women at an apartment where he livestreamed on social media while barricaded inside for eight hours. (Vacaville Police Department)

VACAVILLE, Calif. — A California man has been charged with murder after reportedly showing the victims’ apparently lifeless bodies while livestreaming a video on social media, police said.

Raymond Michael Weber, 29, has been charged with killing two women and showing the victims during a 36-minute video that he livestreamed to Instagram, according to authorities and FOX40 Sacramento.

In the video footage, a man is seen holding a firearm around the bodies and talking about how the women had set him up, according to the report. Moreover, the individual reportedly says the police would be arriving soon and it was the last people would see of him.

“He was messing with two dead bodies. Just saying, ‘They set me up,'” neighbor Stewart Mixon told FOX40. “It’s graphic and disturbing. It made me sick to my stomach for sure.”

UPDATE: Raymond Weber held on 2 counts of murder in the killings of 2 women at an apartment where he live-streamed on social media while barricaded inside for 8 hours, per @VacavillePolice. If #SolanoDA charges special circs, he could face life w/o parole or death if convicted pic.twitter.com/EhbAELlQkw

Vacaville Police received a call shortly before 12:45 a.m. Saturday from a woman who said she believed someone was possibly armed inside an apartment at the Rocky Hill Veterans Housing, the department said. The housing project for veterans is located roughly 34 miles south of Sacramento, according to Fox News.

“She stated the man had live streamed himself on social media from inside the apartment,” police said. “The video showed the man carrying a handgun and two women lying on the floor – not moving.”

As a result, responding officers arrived to find an uncooperative Weber barricaded inside, refusing to respond to negotiation attempts, police said. Hence, police evacuated the other apartments and eventually deployed  “distraction devices and chemical agents.” However, the standoff lingered on.

Hours later, officers forced their way in to find the Weber hiding, officials said. He was tased and ultimately arrested around 8:30 a.m. after struggling with police.

Officials have not yet identified the victims, pending family notification.

Weber, a Sacramento resident, was also wanted for multiple felonies, including assault with a deadly weapon and domestic battery, police said.