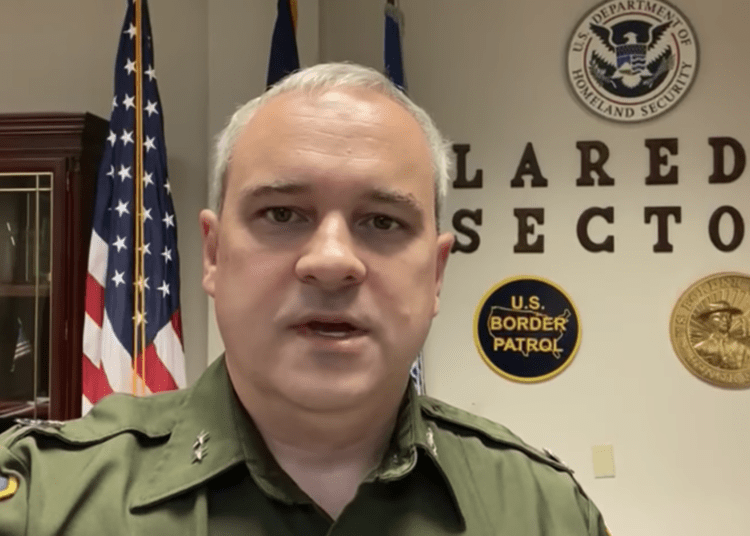 LAREDO, Texas — U.S. Border Patrol agents shot and killed a man suspected of human smuggling in Texas after he struck an agent with his vehicle while trying to escape the scene, federal authorities said Saturday.

The people, believed to be in the U.S. illegally, were being loaded into the tractor-trailer, according to Hudak. While agents were interviewing suspects at the scene, a second vehicle arrived at the location, Fox News reported.

“As it got close enough to realize the smuggling load had already been intercepted, the driver aggressively put his vehicle in reverse, trying to flee the scene,” Hudak said.

The vehicle hit a parked car, pinning a Border Patrol agent and a suspect he was interviewing between the two vehicles.

Other agents then opened fire, shooting the driver, who was pronounced dead at the scene. Two others inside the vehicle were injured and taken to a hospital. The injured agent was rushed to a hospital with “significant” leg injuries, and was released Saturday, Hudak said.

“Over the last couple of weeks, we talked about the aggressive tactics being used by smugglers, and this is a very dangerous example of those tactics being escalated to an extremely dangerous level,” Hudak said.

The shooting is being investigated by Laredo police, the FBI, the Border Patrol and ICE, reported Fox.

It was the second fatal shooting involving Border Patrol personnel on Friday.

In California, a shooting near the San Ysidro crossing into Mexico occurred shortly before 6 p.m. local time, according to KFMB-TV of San Diego. The man who was killed was described only as a non-U.S. citizen who became involved in an altercation with a border officer, the station reported.

The San Diego Police Department is leading the investigation, according to Heitke.