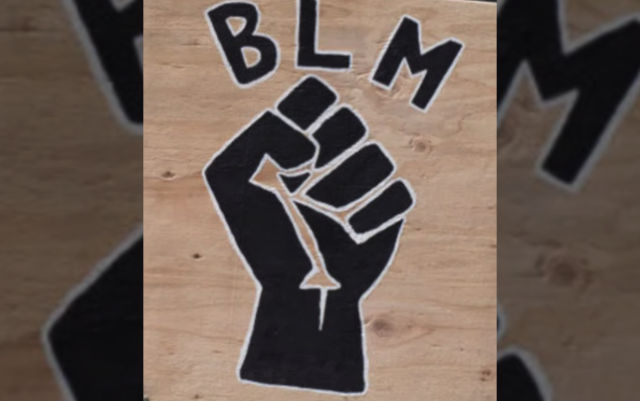 Fox News reports that Equity and Transformation (EAT), established in 2018, is a Chicago-based social justice nonprofit founded “by and for post-incarcerated people,” according to its website. Recently released tax forms for the BLM Global Network Foundation reveal that they gave a “cash grant” of $200,000 to EAT during the 2021 fiscal year.

The group was founded by defund the police activist and community organizer Richard Wallace, who remains the group’s executive director. He has organized protests against police and advocates for reparations.

Wallace, who repeatedly has called police “pigs” and said they need to “defund these b—ards,” posted smiling emojis on his Facebook in response to a 2020 article saying, “54 percent of Americans think burning down Minneapolis police precinct was justified after George Floyd’s death.” In 2015, Wallace took to Twitter to say, “F— the police.”

Equity and Transformation’s Wallace also reacted to Assata Shakur being added to the FBI’s terrorist list in a 2013 tweet saying, “Assata Becomes First woman on FBI most wanted and Malcolm Shabazz is found dead. They want to silent our Heroes!”

Black Lives Matter co-founder Patrisse Cullors repeatedly has praised Shakur on her Facebook page. In a now-deleted 2016 post, Cullors wrote, “Assata Shakur we love you. Fight for you and because of you. On this day and everyday [sic].”