His address to congress should offend supporters of justice, law, and order 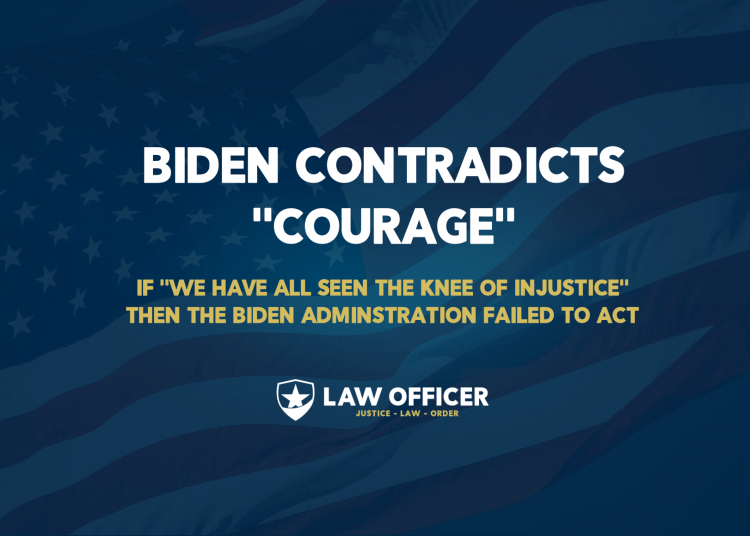 Biden’s address to Congress was truly remarkable—it raised the bar for political pandering to even greater heights. However, his pandering prowess fails to compensate for the confused rhetoric of his not-so-crafty speech writers.

Biden’s thinly vieled comparison between “kneeling down” to speak to the daughter of George Floyd and the “knee of injustice of on the neck of Black America” reads like a feeble attempt to hoodwink the nation:

“And my fellow Americans, we must come together to heal the soul of this nation.

It was nearly a year ago before her father’s funeral, when I spoke with Gianna Floyd, George Floyd’s young daughter.

As I knelt down to talk to her so we could talk eye—to—eye, she said to me, “Daddy changed the world.”

After the conviction of George Floyd’s murderer, we can see how right she was – if we have the courage to act.

We have all seen the knee of injustice on the neck of Black America.”

Let’s try to salvage some truth in this nonsense. And let’s start by being honest: whenever a politician tries to tell us about what “we have all seen”—it’s probably not what we actually saw, think, or believe.

If the George Floyd incident—and Chauvin’s following of his police training and policy—was truly “the knee of injustice on the neck of Black America” as Biden and his speech writers claim, then why did his administration fail to intervene and insist upon federal hate crime charges?

And why is the Biden administration conveniently seeking “reform” after the verdict, and after the fact? Moreover, why does “police reform” always favor the criminal?

These are not questions of empty rhetoric. They are evidence that the Biden administration is conflicted, complicit, and just as much to blame for injustice according to their very own terms.

Passing the buck to Congress with a plea to have “the courage to act” shows that Biden and his administration admittedly lacked the very courage they’re demanding. So much for accountability…

And according to the rhetoric of his very own speech, Biden and his administration either:

a) stood by and failed to intervene in a blatantly obvious act of racial injustice; or

b) are now trying to manipulate this case as reason for (unecessary) reform; or

Yet, in contradicting himself—and the very reason for reform—Biden clearly stated: “Most men and women in uniform wear their badge and serve their communities honorably.”

Strangely, we have to agree with Biden’s speech writers: most law enforcement professionals serve honorably, even despite all of the recent political and media manipulation.

But if “most men and women in uniform… serve their communities honorably,” then how is all of this allegedly widespread “systematic racism” actually taking place? And why are sweeping measures of reform so absolutely necessary?

The double-speak contradictions that Biden uttered—just sentences apart—suggest an obvious attempt to smear the reputation of every law enforcement professional in America and prop up the need for police reform due to “systematic racism.”

And that is something that every law enforcement professional, and supporter of justice, law, and order, should see and reckon for themselves…