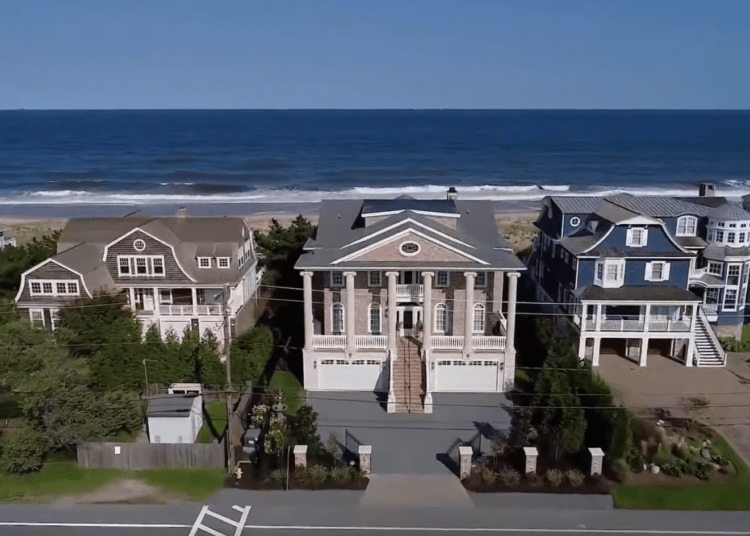 REHOBOTH BEACH, Del. — While the Biden administration has halted the erection of a wall on the southern border and essentially eliminated border security as the masses are allowed unchecked entry into the country, the Department of Homeland Security (DHS) is building a nearly half-million dollar security fence around the president’s beach home in Delaware.

The Biden administration stopped construction of the border wall on the U.S.-Mexico border and has canceled contracts related to the wall’s construction. This comes as the administration’s policies have been blamed for causing a historic flood of illegal immigration into the U.S. through the southern border, Daily Wire reported.

Meanwhile, building a personal security fence for Biden’s property in Delaware is underway, according to the New York Post.

“In September, the department awarded a contract of $456,548 to Turnstone Holdings LLC for ‘PURCHASE AND INSTALLATION OF SECURITY FENCING AT 32 FARVIEW, REHOBOTH DELAWARE,’ according to USAspending.gov, an online database tracking federal government spending.

Biden’s border crisis reached a new level on Friday as data released by U.S. Customs and Border Protection (CBP) showed the Border Patrol has made approximately 1.66 million arrests (a misnomer given the current circumstances) of illegal immigrants entering the U.S. from Mexico for Fiscal Year 2021, according to the Daily Wire.

Chad Wolf, former acting DHS secretary, criticized Biden in a statement over the latest numbers, calling his policies a failure, and saying “we’re all paying the price for it,” heritage.org reported.

“Nine months after President Joe Biden took office, his administration’s border security strategy has failed. Instead of upholding the rule of law, the administration has chosen to open the border by eliminating effective, humane border security policies that were working, replace those policies with no alternative, and then process the subsequent historic flows of illegal aliens into the United States as quickly as possible. And make no mistake, contrary to the Biden administration’s spin, the vast majority of those apprehended at the southern border are being released into our communities, as CBP’s own publicly available numbers show. The men and women of CBP deserve so much better than this. They deserve leaders who will help them do their jobs, enforce the rule of law, and give them the tools they need. The Biden administration has done the opposite at every turn, and we’re all paying the price for it.”