The proposal Would be The First Of It's Kind 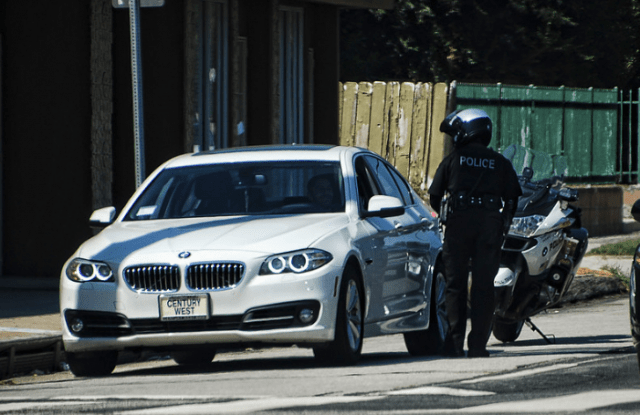 The Berkeley City Council will consider a proposal next week to prohibit the city’s police officers from conducting traffic stops and shift that responsibility to unarmed public works officials.

According to the New York Times, the plan comes as cities around the United States are examining ways to defund their police departments after George Floyd’s death in police custody in May.

POLICE OFFICERS ARE NOT WELCOME IN ICE CREAM SHOP

“If we’re serious about transforming the country’s relationship with police, we have to start by taking on Americans’ most common interaction with law enforcement — traffic stops,” said Rigel Robinson, a Berkeley councilman who proposed the legislation that aims to de-escalate roadside situations. “Driving while Black shouldn’t be a crime.”

Robinson’s proposal, which is co-sponsored by Mayor Jesse Arreguín would create a city department of transportation with unarmed public works officials who would conduct parking enforcement and stop cars for violations such as blowing through a stop sign or driving without headlights.

According to the FBI, six police officers were murdered conducting traffic stops in 2019.

As crazy as this proposal sounds, the evidence to push for it is about as silly as it comes.

Supporters of this plan point to two specific cases. Philando Castile, who picked up a gun at a traffic stop and Sandra Bland, who committed suicide in a Texas jail after she was arrested on a traffic stop.

Back to the violence that occurs to law enforcement on traffic stops.

The supporters of the plan say not to worry. If someone is stopped and they have a gun, the “unarmed public works official” would just call law enforcement.

If you think all of this is insanity, it is because it is.

Share and speak up for justice, law & order...
Tags: berkeleyCaliforniadefundNewspolicetraffic stopswar on cops