Avoiding Ambush – Learning From The Past 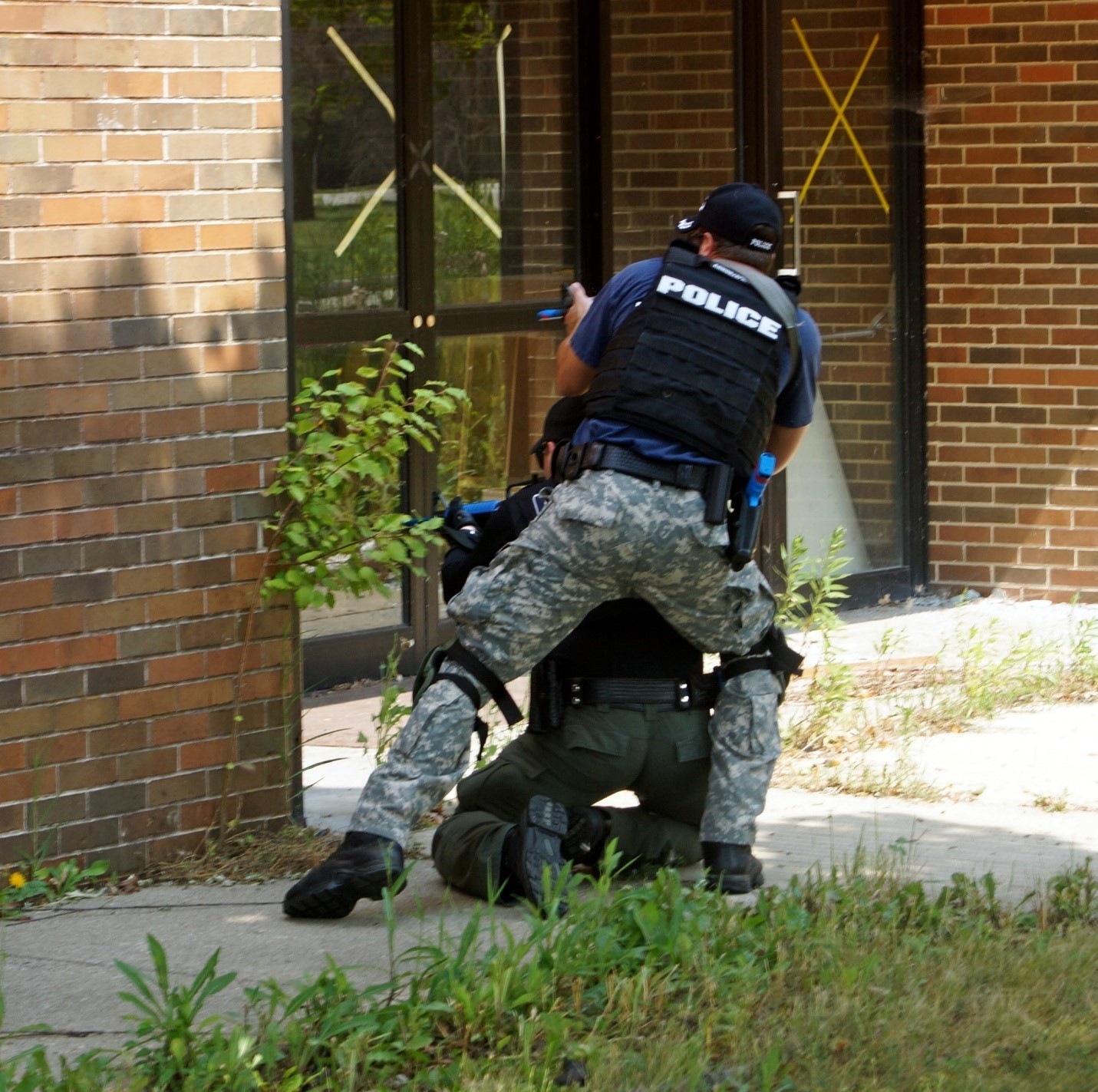 These series of articles is dedicated to the many fine officers who have offered their experiences and insights regarding the ambush attacks against which they not only survived but prevailed. It is vitally important to learn from their words and take these lessons to heart; to train and practice immediate and effective response. None of us is tough enough or will live long enough to learn it all the hard way.

The issue of ambush directed at police officers must always be a consideration in our training and field response. By numbers of police contacts, ambush attacks are few and far between but so are gunfights. No one would suggest we should stop firearms training because of the statistically rare gunfight or shooting event. As FBI S.A. John Hall (ret) wrote when he oversaw the Firearms Training unit, “we do not train only for those frequent low impact events but for those statistically rare events that have such critical consequences that we must be trained and ready.”

If we only went by the numbers, officers would leave their handgun in their lockers.

So back to reality, it is a dangerous world and policing is about interacting with the unknown under difficult conditions. Included in the mix of human interaction will be those who given the chance will do you harm. Who is who and how can we know? Most often we cannot know an individual’s intentions until we encounter them. How and where we make that encounter is key.

Awareness and caution are fundamental elements of officer safety, especially in dangerous places and times. Officers writing reports, sitting inside their squad car with no recognition of who is approaching are at the highest risk of surprise. How often have you been approached by a citizen needing directions that you never saw coming? A knock on your window and you about launch out of your seat. And they meant no harm.

Simply put, you must first see them coming. You need to act in response to that recognition in a timely and effective manner.

Yet reality is that not all danger can be seen first or avoided. To have the best chance of winning against a surprise attack, we must be unpredictable in our response and capable of immediate and decisive action.

Whether you agree with the offered opinions or what is written is not the issue; the question to answer is; what you have done to think about and then prepare for an ambush directed against YOU.

Here are some thoughts and ideas for your consideration; much more will be said in future articles on this topic.

During a use of force class, a police supervisor told me about an incident he was involved in as a younger patrol officer. He was checking a forest preserve park and about to lock the entry gate for the night. A single car remained and was parked on the grass. The vehicle was not supposed to be there and the officer called out on his PA for the driver to move. The driver of the auto took a long circular path and drove up behind the officer’s squad car and then crashed into him at slow speed. What would most officers have done? This Officer said he knew that he had to move, and instead of jumping out to confront the driver, he drove forward and made a sweeping circle away. As it was getting dark, he saw the driver / offender raise a revolver and begin shooting at him. It was an ambush planned by the shooter to draw the officer close and the shooter expected the officer to walk into it. As it did not happen as he planned, the offender opened fire and gave away his element of surprise. The officer told me he made a fast plan to reverse the inertia of the attack and stopped his car and jumped out into the shadows. He observed the offender get out of his car, rush over and point his revolver into the interior of the now empty squad car. The officer told me he silently approached out of the shadows behind the gunman. With his pistol raised towards the back of the attacker’s head, he made his presence known. He said the offender slowly turned his head and then stuck the muzzle of his revolver under his chin and committed suicide.

The offender was counting on the shock value and surprise of hitting the squad car to draw out the officer and murder him. He ran into an officer who responded not by emotion but by consideration and thoughtful action. He told me it saved his life and that he had planned for such events in his mind many times. Not that he expected this bizarre event, but the key point is that facing an irrational act he did not feed into it by angrily jumping out and doing what the attacker expected.

In this action, there are many lessons to consider.

Human nature works against us. We are impatient, emotion driven, and too easily caught up in routine and complacency.

Routine and Complacency are deadly adversaries, laying us open to all other hazards.

We take the position that we have gone to the same alarm, same location, same offender over and over. There was no danger in the past so it will not be dangerous today. Not dangerous …add the word YET.

A Texas Deputy told me of his life and death fight with a long time domestic offender who had not been previously dangerous so he did not wait for back up. As the Deputy exited his SUV, he slipped and reached up to steady himself by grabbing the edge of the door. The offender rushed him and slammed closed the drive’s door onto his gun hand, crushing his fingers and locking them into the door frame. Pinned in place, the Deputy fought back with his left hand, his feet, his teeth and as the offender tried to disarm him. The Deputy grabbed a pistol magazine from his belt and thrust it into the attacker’s eye socket. Blinded in that eye, the offender broke away and ran. Fast action saved the Deputy’s life.

When we fall into routine, the next time the offender who has not been “dangerous” may be waiting behind the door or around the corner with a knife, gun, or can of gasoline.

We know and recognize the danger and often disregard it.

On alarm calls, officers continue to park in front of the bank, house or business. Nothing to worry about, until you are ambushed.

A fine police officer and a friend, Crest Hill IL P.D.  Sgt. Tim Simenson was murdered when he opened the trunk of an arrested armed robbers’ vehicle. The second offender, unseen and unknown was hiding in the trunk and shot Tim in the face as he opened the trunk lid to look for proceeds.

There is much more to learn on this all important topic and one that is all too often ignored by training and officers.

Seconds For Survival is an excellent course on surviving an ambush.  Mention you saw it here for a quoted discount on the course and check back soon as we continue this series of articles on avoiding ambushes.