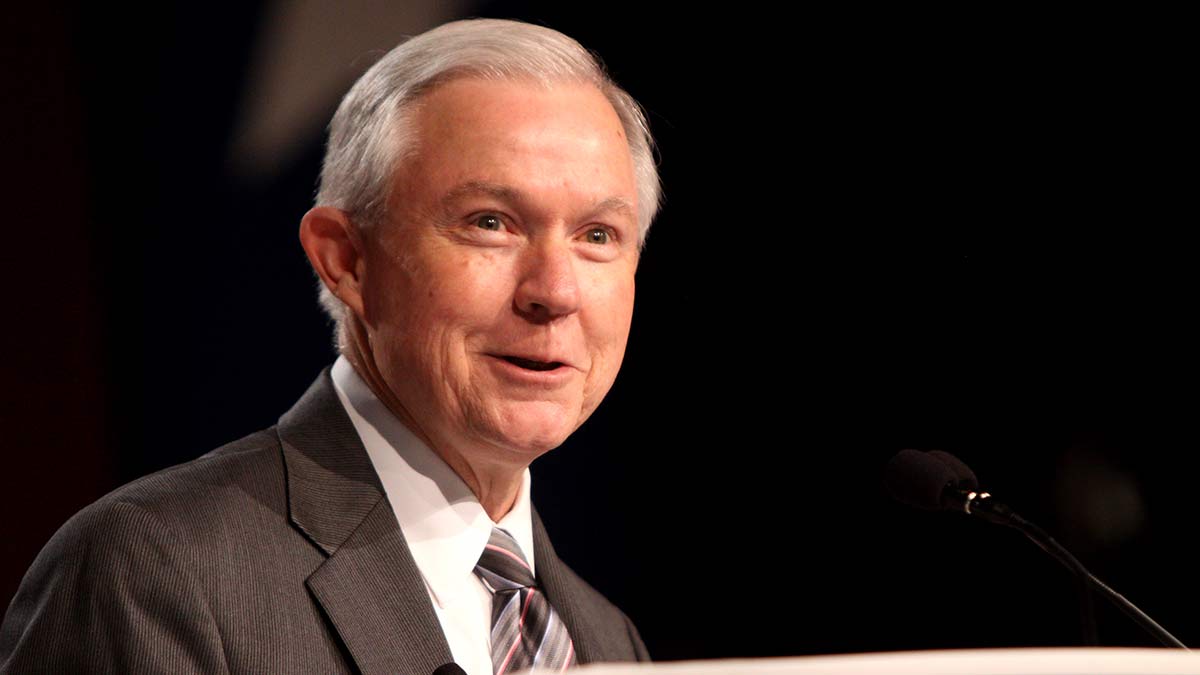 His statements were the first on-the-record briefing as the top U.S. law enforcement officer.

He vowed more consistent prosecution of criminals who carry guns in the course of their crimes, insisting that approach will rid the streets of dangerous people responsible for a spike in violence in some major cities.

He praised police and sheriffs’ deputies as “front-line soldiers” in the mission to protect public safety and worried about poor morale and a lack of community engagement in some areas.

Sessions weighed in the controversial reports that the Justice Department had issued in relation to police practices in Ferguson (MO), Baltimore and Chicago.  He has not read the full reports but found the summaries “pretty anecdotal” and he has not decided whether the consent decrees would continue.

Sessions specifically made remarks about marijuana,  “I don’t think America is going to be a better place when more people are smoking pot,” he said.