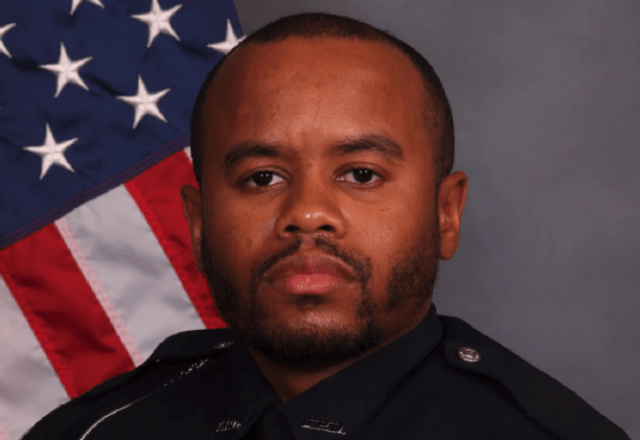 ATLANTA — A police officer in Atlanta remains hospitalized in a local facility after he was shot multiple times in the line of duty Monday afternoon.

The severely wounded officer was identified as David Rodgers. He suffered six gunshot wounds during a shooting that occurred about 1:15 p.m. near the Colonial Square Apartment homes off Old Hapeville Road, WSB-TV reported.

The Atlanta Police Department said officers were trying to take a known gang member into custody. The suspect had outstanding warrants charging him with robbery and aggravated assault with a firearm from a case in October 2021.

APD identified the shooting suspect as 22-year-old Christian Eppinger. He is accused of shooting Rodgers six times. Another officer returned fire, but Eppinger was not hit.

The gunman, who is a documented Young Slime Life (YSL) gang member, retreated into a nearby apartment complex before he was captured, according to the news outlet.

Eppinger was booked at the Fulton County Jail on a slew of charges, which include armed robbery, aggravated assault, attempted murder, aggravated battery against a law enforcement officer, possession of a firearm during the commission of a crime and many more.

The accused gunman made a court appearance on Tuesday, and the judge denied him bond, WSB-TV reported.

Detectives at Monday’s crime scene told a WSB-TV reporter that Rodgers was a member of a specialized unit specifically targeting violent offenders.

Rodgers is an 11-year APD veteran. He sustained multiple gunshot wounds to the thigh and shoulder area. He underwent surgery and is listed in stable condition. He is able to communicate, the news outlet reported, and he is surrounded by loved ones.

The Georgia Bureau of Investigation is assisting with the case, according to WSB-TV.

“This department will not be deterred. What happened today is the challenge we are against here in Atlanta and in cities across this country where individuals are heavily armed, heavy proliferation of guns and are at loose in our communities causing harm to police officers who are being assaulted at record levels and placing communities in imminent harm,” Schierbaum said.

Rodgers family said they are thankful for the community’s support and prayers during the troubling time.