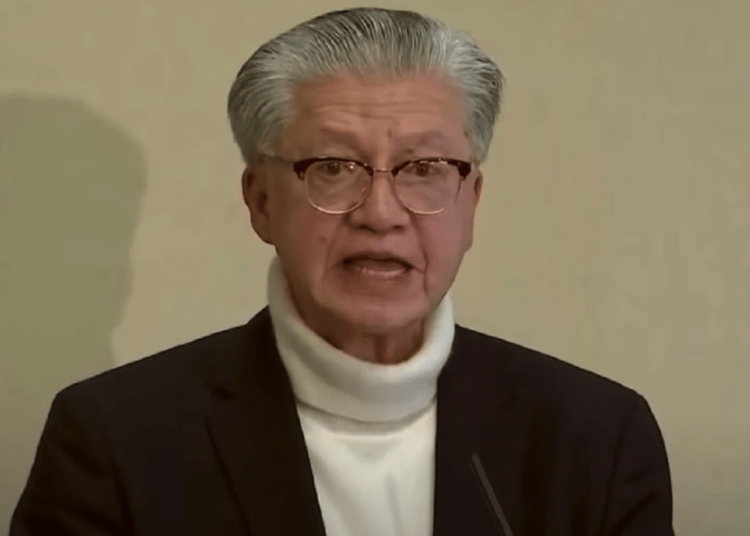 SAN FRANCISCO – An Asian-American man who suffered a brutal attack in 2019 is suing progressive San Francisco District Attorney Chesa Boudin, accusing him of mishandling the case against his assailants – who severely beat him, threatened him with a glass bottle and said, “I’m going going to kill you,” court papers show.

Anh Lê filed the lawsuit against Boudin making wide claims of neglect of duty. The timing is fortuitous as one day before the civil action was taken the San Francisco Police Department announced a staggering 567% increase in hate crimes against Asian-American and Pacific Islander (AAPI) individuals, Fox News reported.

Lê, 69, heavily criticized the uber-liberal Boudin for refusing “to uphold the fundamental rights of Asian American victims of racially-motivated violence,” and in turn failing to “recognize their humanity,” the lawsuit reads.

“In this case, as disturbing as the attack on Mr. Lê is, equally disturbing is his mistreatment by the DA’s office in the aftermath of his violent attack by the Tanner family,” the complaint charges, referring to the suspect in the case. The 111-page suit was filed Monday in the Northern District of California.

“I am a survivor of a horrendous attack that took place in San Francisco with no consequences to the attackers,” Lê said during a news conference announcing the suit. He said suspect Jimmy Tanner, whom he described as being 250 pounds, was arrested for felony terroristic threat, felony elder abuse and battery – but ultimately got off with a misdemeanor.

He added: “Justice has not been served.”

According to court documents, Lê was walking in San Francisco’s Chinatown on the afternoon of Nov. 2, 2019, when he saw a teenager riding a bike “very quickly on a crowded sidewalk” and headed toward him and other pedestrians.

“You have to be careful, there’s people all over,” Lê said to the youth. The teen’s father, Jimmy Tanner, was nearby, according to the suit.

Consequently, the situation quickly devolved into violence, court papers said, according to Fox.

“Without provocation, Tanner attacked Mr. Lê on a crowded sidewalk, threatened him with glass bottle, and told him, “I’m going to kill you!” the lawsuit says. “While Tanner was attacking Mr. Lê, Tanner’s son struck Mr. Lê repeatedly with a (plastic) baseball bat.”

The father and son duo then reportedly followed Lê for half a block before he could get away and call 911.

The defense attorney in the case, Siman Nawabi, said the boy swung the plastic bat at  Lê “out of fear for his safety,”  the San Francisco Chronicle reported. He also claimed the glass bottle was never used as a weapon.

Following the attack, Lê, who is Vietnamese-American, said he suffered from post-traumatic stress disorder.

According to the lawsuit, Lê later learned that Tanner and his son were involved in two more incidents in Chinatown that day, when they “terrorized Americans of Asian descent.”

Lê said that Boudin’s office ignored requests for help, failed to tell him about plea-bargaining discussions, told him he was not allowed to attend hearings related to the case against the Tanners, and never gave him the chance to read his victim impact statement – despite the existence of Marsy’s Law, which says that victims of crimes are allotted certain rights, the lawsuit alleges, Fox reported.

The case disposition was nothing more than a “slap on the wrist.” The DA’s office offered Tanner a plea deal that involved one year of probation with no jail time.

Moreover, Boudin’s office notified Lê “after the fact via a cursory email,” the lawsuit says.

Furthermore, neither Tanner nor his son faced the added enhancement of a hate crime charge, according to the lawsuit.

“Of course, not every violence crime against a member of Asian American community is a hate crime,” the complaint continues, “but here the Tanners’ violent unprovoked attacks on multiple groups of Asian Americans in Chinatown on the same day were evidently racially motivated.”