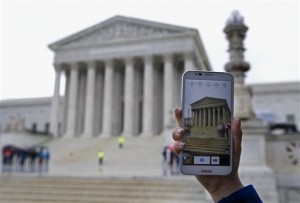 Without question, a warrant is not required to arrest a suspect on probable cause while in a public place. This is true even if the arresting officer has ample time to obtain an arrest warrant.1 However, an arrest warrant is necessary, with few exceptions,2 if the suspect is in their own home. In addition, a search warrant is required to enter a third party’s residence to make an arrest.

Recently, the Sixth Circuit Court of Appeals discussed the different standards in United States v. Hardin3 and held that under either standard, the police officers had no basis to enter the suspect’s home to execute the warrant.

United States v. Hardin
The pertinent facts in Hardin are as follows: Hardin was released from prison and placed on supervised release in March 2005. Three months later, a federal warrant for Hardin’s arrest was issued following a petition to revoke his supervised release.

In August 2005, two officers from the Knoxville (Tenn.) Police Department received a confidential informant (CI) tip that Hardin might be staying with his girlfriend. However, the CI was unable to identify the woman’s specific apartment number. The CI also provided details about Hardin’s vehicle.

The officers located what they thought to be Hardin’s vehicle at the apartment complex, parked near unit 48. They did not, however, make any final determination whether the vehicle did belong to Hardin.

The officers spoke with the apartment manager who confirmed that a woman named Germaine Reynolds resided in apartment 48 and that he had not seen Hardin on the property. After police advised the manager that Hardin had been involved in a shootout following an armed robbery and served 10 years for the incident, he became concerned  Hardin might be hiding out there. The officers suggested the manager enter Reynolds’ home under a ruse—to determine if a water leak was occurring—to see if Hardin was in the apartment.

After verifying Hardin was inside the apartment, two additional officers were summoned to assist. The officers on scene believed they now had probable cause to execute an arrest warrant. The officers entered the unit and handcuffed Hardin, who was sitting on a couch in the front room. A firearm was recovered from underneath a cushion where Hardin had been seated, as well as two other firearms located in a shoebox under a bed. The officers also recovered crack cocaine, marijuana and approximately $2,000 from Hardin’s pockets.

Hardin was indicted by a grand jury on three counts. He later filed a motion to suppress the evidence recovered. Hardin contended that while the officers had a warrant for his arrest, they lacked probable cause to believe he was present in the apartment. The prosecutors countered, stating that probable cause existed because the apartment manager verified Hardin’s presence at the officers’ request. Hardin’s motion was denied and after a two-day trial, he was convicted and sentenced to serve 360 months in prison, and eight years of supervised release. Hardin appealed.

The Appellate Decision
The first question on appeal was the proper standard governing when officers may enter a residence to execute an arrest warrant. Specifically, is the applicable standard “probable cause” or “reason to believe?”

The appellate court in Hardin asserted that it, too, did not have to decide which standard would apply because it believed the officers in this case did not have sufficient evidence under either standard.

Specifically, the court found that because the officers urged the apartment manager to investigate and enter Reynolds’ apartment, and the manager had no real basis to enter the apartment, the manager was acting as an agent of the police department.7 As such, any lawful basis to enter (whether it was based on probable cause or reasonable belife) had to have been based on the other information received from the confidential informant.

The court stated that based on this information, the officers might have “reasonably suspected that Hardin was generally living at this residence, but they had essentially no evidence to indicate that Hardin was inside the apartment at that moment.”8 Without this necessary evidence, the appellate court found the officers violated Hardin’s rights under the Fourth Amendment and held the evidence obtained as a result of the officers’ entry should have been suppressed.

The Bottom Line
Whether Payton requires a “probable cause” standard or a lesser “reasonable belief” standard remains an open question in the Sixth Circuit. The majority of circuits, however, have applied the “reason to believe” standard, which is something less than probable cause.9

To ensure successful prosecution of motions to suppress, officers should know which standard applies in their jurisdiction. Or, to be safe, operate from the standard of probable cause each time an arrest warrant is executed at a suspect’s home. That is, prudent officers should verify or confirm the information they receive. For example, if officers believe a suspect’s vehicle is in the parking lot or driveway, they can run the license plate number to verify the vehicle’s owner. Officers can question neighbors as to the description or identity of people coming and going from the residence. If officers have a phone number to the residence, they can call and ask to speak to the suspect. These are but a few steps (that take a few moments to accomplish) available to officers in verifying whether a suspect is in the home before executing an arrest warrant—use them.

Do not construe this column as legal advice. Each police officer should consult with an attorney in their jurisdiction for legal advice on any specific issue.

2. Consent and exigent circumstances are exceptions to entering a home without an arrest warrant.

Laura Scarry
Laura L. Scarry is a partner with the law firm of DeAno & Scarry with offices located in downtown Chicago and Wheaton, Illinois. Laura has extensive experience in all aspects of the defense of municipal liability in federal and state courts. Laura has considerable practice before the federal courts in Illinois and Indiana particularly with respect to civil rights litigation.

Laura is a columnist for Law Officer, writing about legal issues affecting the law enforcement community in a column called the "Legal Eagle." Additionally, she serves as a legal consultant to the Police Law Institute, a training organization that provides computerized legal training to law enforcement officers throughout the State of Illinois.

She also conducts in-service training to local police departments and other municipal entities regarding all areas of civil liability and employment discrimination. Laura is receptive to telephone calls and e-mails and welcomes all opportunities to discuss current events as they apply to the law enforcement community and other government employees.