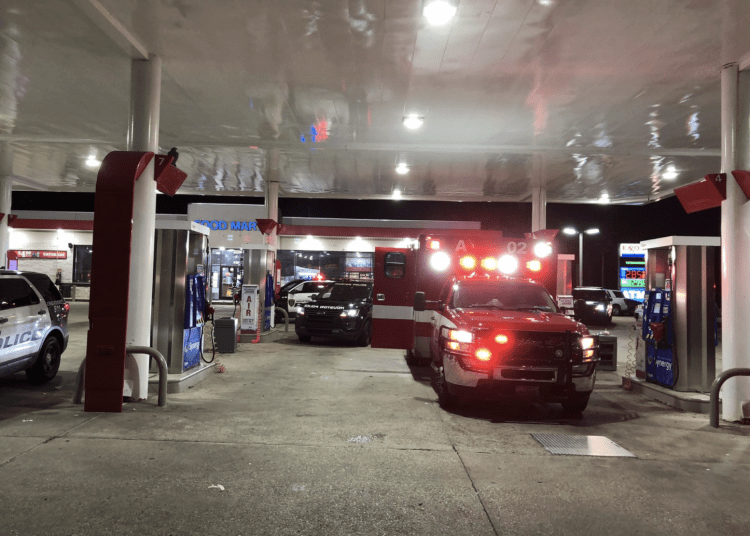 HOUSTON — An armed suspect carjacked a Houston Fire Department ambulance Friday morning and drove off with a patient and EMT inside, police said.

The crime took place about 3 a.m. near the 610 West Loop and Beechnut, in the Meyerland area. Fire Chief Samuel Peña said an EMT was driving the emergency vehicle with a patient and another EMT in the back. As they were transporting the patient, an armed man firing shots forced the vehicle to stop. He pointed a gun at the EMT who was driving and commandeered the vehicle, KHOU reported. The suspect then sped away, leaving the driver-EMT on the side of the road.

The suspect began talking on the unit radio, saying, “Hello, I’m the guy driving the ambulance…”

So glad to report that the patient and both @HoustonFire EMT Firefighters are safe this morning.

Check out the emergency radio chatter as the hijacking happened!#HoustonNews #HoustonFire #HFD #KHOU11

Police were able to track the vehicle, which belonged to the Houston Fire Department, using GPS. The suspect eventually pulled over and surrendered, according to KHOU.

The ambulance was in the process of transporting the patient to a nearby hospital when the crime took place. The suspect was not immediately identified by police, although the news outlet reported the man has a lengthy criminal history.

Southwest and Southeast officers just recovered a stolen HFD Ambulance at Southwest Freeway and Weslayan. HFD was transporting a patient to the hospital when a car ran the ambulance off the road and took the ambulance at gunpoint. One firefighter was left on the side of the road. pic.twitter.com/Ip5DRcjP5q

“Thankful both @HoustonFire fighters are safe,” Pena wrote in a tweet after the incident. “FF EMTs/Paramedics face many dangers while they protect our city by providing highest level of care. They should never be assaulted while performing their life saving work! TY @houstonpolice for quick response.”

Although the perpetrator has not yet been identified by authorities, video footage captured the assailant’s arrest, Washington Examiner reported.

BREAKING: The man you see in the video being arrested — @houstonpolice confirms he’s the suspect who allegedly stole an HFD ambulance this morning at gunpoint — taking off w/ it while an EMT and patient being transported were still inside. @KHOU pic.twitter.com/0E1nMo1J23

The EMT who was along for the ride found out something was wrong when she realized the ambulance was heading in the wrong direction, according to KHOU. The suspect was also reported to have pointed his gun at the EMT in the back while attempting to use the vehicle’s radio.

Once the suspect was taken into custody and the EMT and citizen were rescued, another ambulance was called to finish the the patient transport. No injuries were reported during the ordeal and the motive remains unclear.

The fire chief praised first responders as he discussed the increased risks being taken.

“This is not part of their jobs — to be kidnapped, to be assaulted at gunpoint, but it definitely has become a risk of the job,” Peña said early Friday. “We’re very thankful that everybody is okay, but it’s not acceptable for our firefighters and EMTs to be assaulted when their job is to go out there and make a positive impact.”