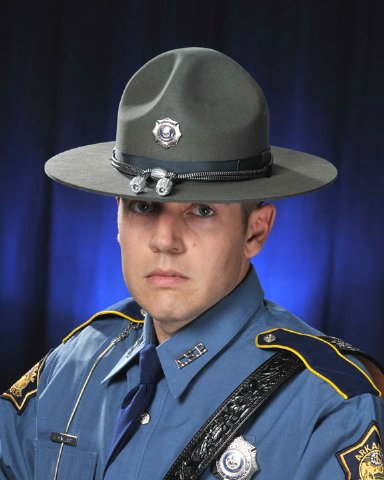 An Arkansas State Police trooper had to be freed from his patrol vehicle after it hydroplaned and crashed into a tree as he headed toward a truck wreck, the Texarkana Gazette reported on Thursday.

The wreck happened about 1:15 p.m. Thursday in Wilton in Little River County.

The trooper has been identified as Clayton McWilliams, 30 years old (above).

McWilliams’ vehicle hydroplaned as he went to work an 18-wheeler rollover accident at U.S. 71 and Arkansas 27. The patrol unit struck a tree on the side the highway. McWilliams was trapped in the vehicle for a time and had to be extricated.

Our sources indicate that Trooper McWilliams is in critical condition.  He is a 2011 graduate of the Arkansas State Police Academy in 2011 and Southern Arkansas University prior to attending the academy.