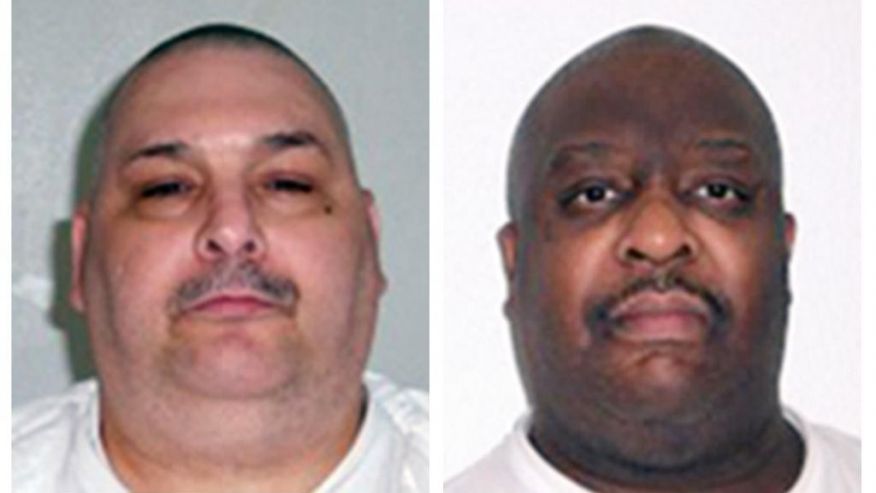 Marcel Williams was pronounced dead at 10:33 p.m. Central Time, 17 minutes after the procedure began at the Cummins Unit in southeastern Arkansas. Jack Jones had been put to death more than three hours earlier.

Williams’ execution had been delayed for two hours after a federal judge in Little Rock issued an emergency stay over concerns about how Jones’ execution was carried out. Williams’ attorneys claimed Jones gasped for air, an account the state’s attorney general denied, but the judge lifted her stay about an hour later.

Initially, Gov. Asa Hutchinson scheduled four double executions over an 11-day period in April. The eight executions would have been the most by a state in such a compressed period since the U.S. Supreme Court reinstated the death penalty in 1976. The state said the executions needed to be carried out before its supply of one lethal injection drug expires on April 30.

The first three executions were canceled because of court decisions, then inmate Ledell Lee was executed last week.

Jones was sent to death row for the 1995 rape and killing of Mary Phillips. He strangled her with the cord to a coffee pot.

He was also convicted of attempting to kill Phillips’ 11-year-old daughter and was convicted in another rape and killing in Florida.

The last state to put more than one inmate to death on the same day was Texas, which executed two killers in August 2000.

Williams was sent to death row for the 1994 rape and killing of 22-year-old Stacy Errickson, whom he kidnapped from a gas station in central Arkansas.

Authorities said Williams abducted and raped two other women in the days before he was arrested in Errickson’s death. Williams admitted responsibility to the state Parole Board last month.

Share and speak up for justice, law & order...
Tags: executionNews